Former LSU Quarterback Max Johnson began his college football career as part of a beleaguered LSU football program in the final years of the Ed Orgeron era in Baton Rouge. After staying on the sidelines as Tigers' third-string QB during his freshman year, Johnson showed his elite pedigree by tossing 27 touchdowns for the Tigers as they finished the season, 6-6.

Now, almost 20 years after his father led the Bucs to glory, Brad Johnson's son is ready to lead the Texas A&M Aggies to victory as he starts his first game in College Station against the Miami Hurricanes. 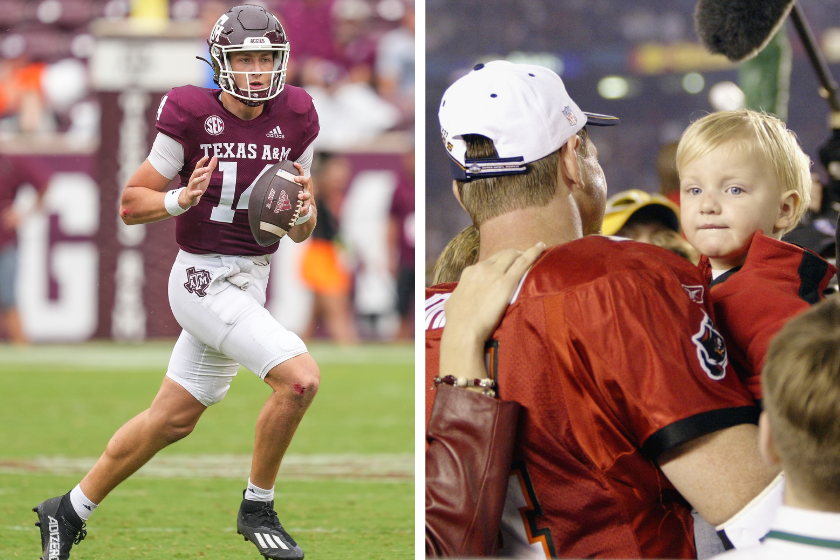 Max and Brad aren't the only members of the family with football talent. Jake Johnson, Max's brother, had initially committed to LSU as a tight end, according to 247sports. Jake, a four-star tight end out of Oconee County High School, de-committed from LSU to sign an offer letter with Texas A&M.

A year later, after Brian Kelly came to Baton Rouge, TJ Finley left for Auburn, and a few months before Myles Brennan hung up his cleats, the pro-style quarterback entered the transfer portal and joined his brother at Kyle Field. The Johnson boys are Aggies.

And now, after Jimbo Fisher decided to bench Haynes King following a devastating loss to App State in Week 2, the son of a Super Bowl Champion will be the starting quarterback for the Aggies. This move comes as head coach Fisher attempts to keep his job and not get the axe like former Nebraska head coach Scott Frost last week.

But the football ties don't stop there for the Johnson family. 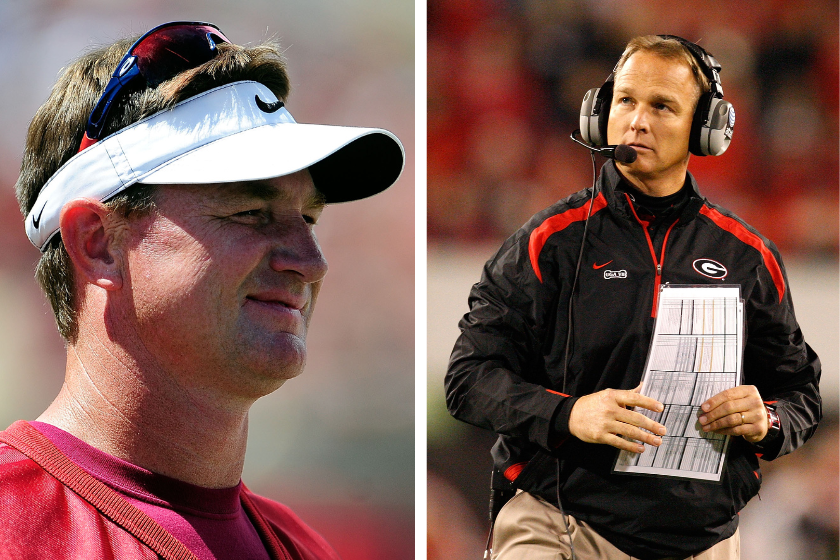 Max Johnson is the nephew of former Georgia coach Mark Richt, which has to make Saturdays a little uncomfortable. Sure, it's not like your nephew is playing for Alabama or Florida State (Brad's alma mater), but still rooting for an SEC rival probably doesn't feel good for Richt, who is the brother of Brad Johnson's wife, Nikki.

But Max playing for Texas A&M has to sting a little bit less than having your nephew lead the LSU Tigers, right? .... You're right, probably not.

But then again, Richt still has bragging rights, as at least his former employer has been to a college football playoff game and has won an NCAA national championship in recent years. But who knows, perhaps Max can change that as he heads into his first career start for the Aggies with his brother by his side.

It may not be an ESPN highlight, but it's definitely going to be something this football family will talk about at Thanksgiving.