Only six players in NFL history completed at least 60 percent of their passes in 13-straight seasons. Five of them are obvious -- Aaron Rodgers, Philip Rivers, Peyton Manning, Drew Brees and Tom Brady. But the sixth? That'd be former NFL quarterback Brad Johnson, who was the first to accomplish the feat between 1995 and 2007. Johnson reached two Pro Bowls in his career -- one with the Washington Redskins and another with the Tampa Bay Buccaneers -- and helped lead the Bucs to victory in Super Bowl XXXVII alongside head coach Jon Gruden.

It's safe to say Johnson knows a thing or two about being a successful signal caller, which he passed down to his son, Max.

After commanding the huddle for Ed Orgeron's LSU Tigers, the southpaw QB is set to join his brother at a different SEC West school.

His younger brother Jake Johnson, a former LSU commit and the No. 1 tight end recruit in the country, decommited at the same time. Jake announced he was signing with the Texas A&M Aggies, who boast the top recruiting class in college football, on early signing day.

The Johnsons were fully committed to playing together. So, when his younger brother pledged to the Aggies, it came as little surprise that Max followed him.

The addition of Johnson gives Texas A&M head coach Jimbo Fisher plenty of options at quarterback next season. Haynes King is the presumed starter but suffered an ankle injury in Week 2 that sidelined him the rest of the year. Five-star recruit Conner Weigman is a highly-touted newcomer who fans will want to see.

Zach Calzada, who played the majority of the season and led the upset win over Alabama, won't be returning after he announced he was entering the transfer portal. 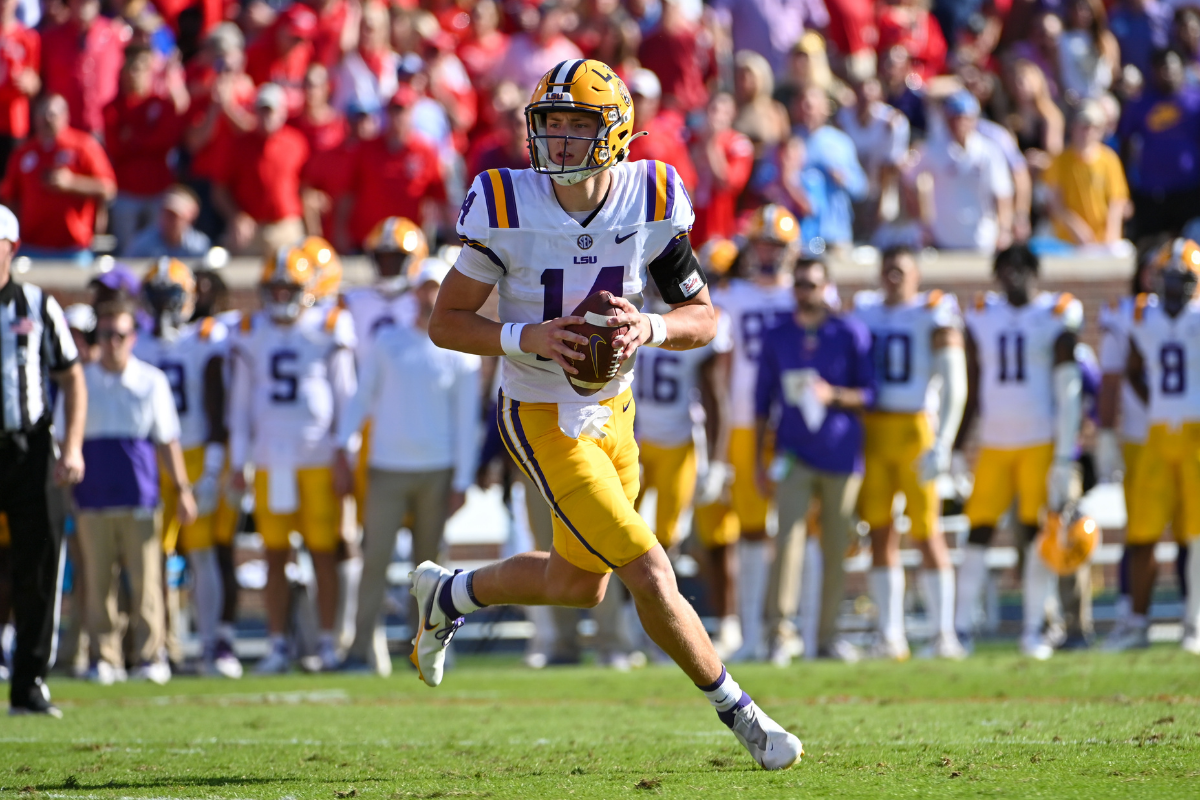 Brennan's spent three games under center in 2020 before he went down with an abdominal injury. Johnson split time with TJ Finley, who's now at Auburn, but the true freshman took over full time the last two games of the season against Florida and Ole Miss.

The Tiger offense looked explosive when Johnson was out there. Most importantly, he led the team to two wins.

Brennan was primed to come back healthy in 2021, however, he broke his left arm preparing for a fishing trip prior to fall camp. Johnson took over as the starting quarterback, throwing for 2,814 yards and 27 touchdowns against six interceptions while leading LSU to a 6-6 record.

Fisher has to feel confident knowing he has someone in his quarterback room with major SEC experience.

The Oconee County High School grad was named Georgia's Region 8 Player of the Year after racking up over 2,000 passing yards, completing 66 percent of his passes, and accounting for 35 total touchdowns during his senior season. The Oconee County Warriors finished the 2019 season with a 13-2 record, but fell to Blessed Trinity in the Class AAAA state championship game.

With a football pedigree that runs deep -- former Georgia and Miami head coach Mark Richt is his uncle -- it's no surprise Johnson made the most of his opportunities in Baton Rouge.

He'll look to do the same in College Station.