Green Bay Packers quarterback Aaron Rodgers is undoubtedly one of the most successful and talented players in the NFL today. But with that success and talent, also comes a lot of scrutiny. His accomplishments on the field, including 10 Pro Bowls, four NFL MVP Awards, too many touchdowns to count and a Super Bowl victory against the Pittsburgh Steelers in 2011, are proof of his greatness. In addition to his accolades on the gridiron, Rodgers has become known for his extensive dating history. The Chico, California native and Jeopardy host's list of former flames includes models, actresses, and fellow athletes. So let's take a look at the most prominent women to ever hold the title of "Aaron Rodgers' girlfriend." 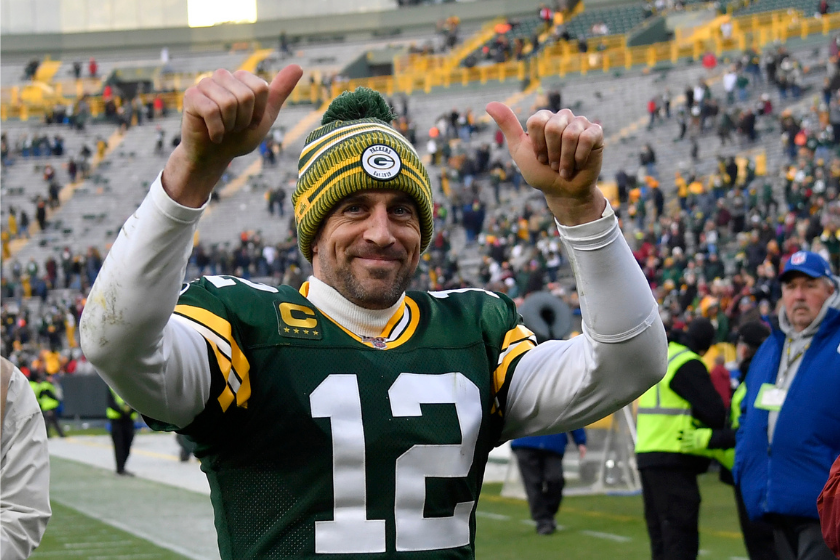 Earlier in the NFL superstar's career, he was spotted with several women, including celebs such as model Julie Henderson and the lead singer of Lady A, Hillary Scott.

Rodgers was also rumored to have dated sports media personality Erin Andrews, well before Jimmy Garoppolo could get the chance to hit on her during a postgame interview.

From 2011 to 2013, he was involved with Destiny Newton and was reportedly engaged to her, though he was much more secretive about his love life then. This led to speculation about his interest in nearly every woman he was photographed with. 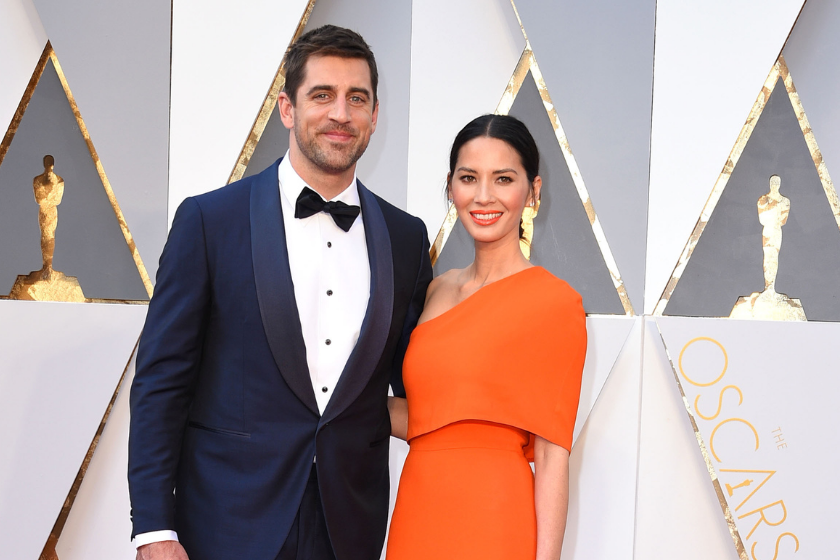 In 2014, Rodgers began a relationship with actress and television host Olivia Munn. She attended every Green Bay Packers home game when the two were together.

Munn even wrote a "Thank You" note to Packers fans after their loss in the 2017 NFC Championship game to the Atlanta Falcons, describing how proud she was of the team for competing well against diversity "on and off of the field." Many believed that Munn was referencing Rodgers' complicated family situation.

Aaron's brother, Jordan Rodgers, was a contestant on The Bachelor and claimed that the future Hall of Fame quarterback was estranged from his family and implied that the actress was a big reason why. Although she was a supportive girlfriend at the time, the couple broke up in 2017 after three years of dating.

In 2020, Munn appeared to throw shade at her ex-boyfriend on a podcast, sharing the salacious details of their sex life with Whitney Cummings. While she did not outright say that the person she was talking about in the episode was Rodgers, conclusions were inevitably drawn by the media and NFL fans on social media. 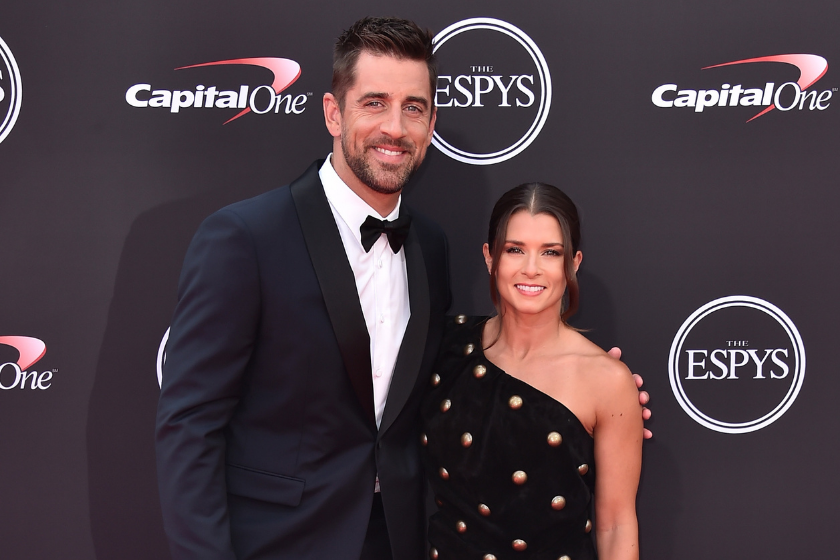 RELATED: Patrick Mahomes Met His Fiancée Back in High School

After he dated actress Olivia Munn, Rodgers began dating former NASCAR driver Danica Patrick in early 2018. At the time, Patrick was coming out of a relationship of her own with fellow racer Ricky Stenhouse Jr.

Rodgers and ex-girlfriend Danica Patrick were seen at several NBA games together, and the two appeared in a hilarious sketch parodying the movie I, Tonya at the ESPYs, the ESPN awards show. They also shared a $28 million home in Malibu.

Ultimately, Patrick's rep confirmed to E! News that the couple called it quits in July 2020.

The former race car driver has made thinly-veiled references to the breakup, posting pics on Instagram with captions signaling the importance of personal growth, and examining the relationships one chooses to have.

She even called a class curated by Tara Toomey "emotional therapy" during her post-breakup blues. On Quibi's The Rachel Hollis Show, she stated that her next boyfriend "had his work cut out for him", as she had grown as a person and wanted to be sure she was ready to date again before going straight into another relationship.

Meanwhile, on The Pat McAfee Show on SiriusXM, Rodgers discussed having an "increased love of life" and said he was in a "lot better headspace" going into the 2020 NFL season, so it appears he took the experience and used it for growth, too.

Social media never tells the full story of someone's personal life, and it appears that their relationship was not always as rosy as they made it appear to the public eye. 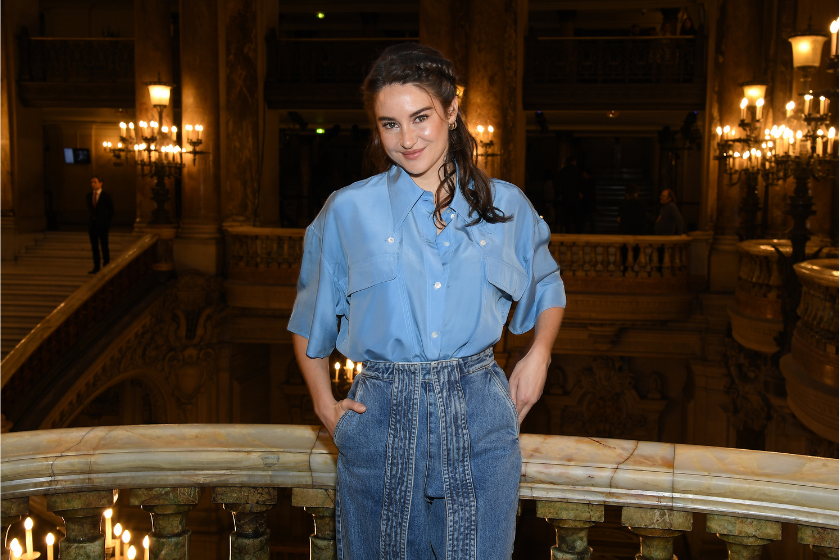 In July 2020, Aaron Rodgers was rumored to be dating Big Little Lies, The Fault in Our Stars and Divergent actress Shailene Woodley.

According to the gossip website TerezOwens.com, Patrick was the one who introduced the 38-year-old football player to the 30-year old Hollywood star.

The two were spotted for the first time at Lake Tahoe when Rodgers competed in the American Century Championship celebrity golf tournament during the NFL offseason.

Though the rumors were merely just rumors, the timing added up, as Woodley split from ex-boyfriend and rugby player Ben Volavola in April.

Then, in February 2021, Woodley confirmed on The Tonight Show Starring Jimmy Fallon the happy couple got engaged for, per Us Weekly.

"Yes, we are engaged," Woodley told Jimmy Fallon. "But for us, it's not new news, you know? So it's kind of funny. Everybody right now is freaking out over it and we're like, 'Yeah, we've been engaged for a while.'"

Rodgers also confirmed it during his acceptance speech for the National Football League Most Valuable Player Award on the virtual 2021 NFL Honors show.

"It's an honor to win this award for the third time," Rodgers said. "2020 was definitely a crazy year, filled with lots of change, growth, some amazing, memorable moments, 180 straight days of having my nose hairs scraped, playing for very little fans or no fans the entire season, I got engaged, and I played some of the best football of my career."

Rodgers even got a shoutout on the 2021 Golden Globes, which became something of a trending topic.

Although Rodgers and Woodley's long-distance relationship was reportedly "low key" during the 2020 and 2021 football season, but ahead of 2022, things went south between the celebrity power couple. In a breakup that was described as "amicable," the couple reportedly said to those close to them that the relationship just wasn't working.

Charlotte Brereton (AKA Blu of Earth)

After things soured between Woodley and Rodgers, rumors of who the Packers QB's new girlfriend would be swirled. As memes of Rodger's new forearm tattoo appeared on everyone's Instagram stories, a new name began to surface in Rodgers' love life. Charlotte Brereton describes herself as a "witch" and "claims she's a medicine woman," as Rodgers' rumored girlfriend Blu (an iteration of her social media handle) began to become a part of the NFL star's life. However, that ship appears to have sailed, as Rodgers unfollowed her on Instagram after she appeared to be stuck in Peru Can't be Aaron Rogers' girlfriend if you're stuck in a foreign country. Those are the rules. 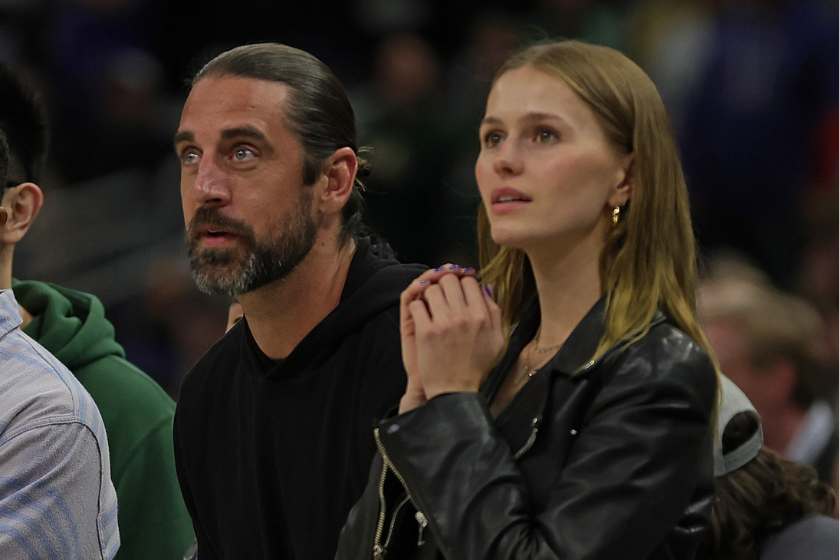 In a normal year, Aaron Rodgers would be looking at a late-season matchup with the Detroit Lions and not give it a second thought. Instead, the perennial NFL playoff contender took a different approach in 2022. Instead of prepping for Tom Brady's Bucs, the Minnesota Vikings, Kansas City Chiefs, Los Angeles Rams, Tennessee Titans or Cincinnati Bengals, Rodgers has been seen watching another sport.

The Milwaukee Bucks have been playing great basketball in recent years thanks to owner Wes Edens and his push to bring a championship to Wisconsin. So it's no surprise that Rodgers would be seen at a Bucks game cheering on Giannis Antetokounmpo and his teammates. However, what is surprising is that Rodgers appears to be dating Mallory Edens, the daughter of the Bucks owner.

According to SportsGossip.com, Edens, who has wanted to be Aaron Rodgers girlfriend for a while now, was at a Packers game dressed head to toe in Rodgers regalia. "Nothing says I'm all in like throwing on your boyfriend's teams' gear," a source close to Eden said to the website. Talk about a Milwaukee sports power couple. Wow.

Aaron Rodgers, who has a net worth of $120 million, has been a staple of Wisconsin sports for nearly two decades, since he came to the Packers after a successful college football career. And since he is now looking at his life through what he calls a "positive lens," NFL fans saw him perform well on the field the entire season during the coronavirus pandemic and NFC and AFC teams can expect it in years to come. Also, expected in years to come? Additions to the long list of Aaron Rodgers' girlfriends.

This post was originally published on October 16, 2020, and updated to track Rodgers' relationships.

MORE: Kirk Cousins Married His Wife Julie and They Have 2 Kids