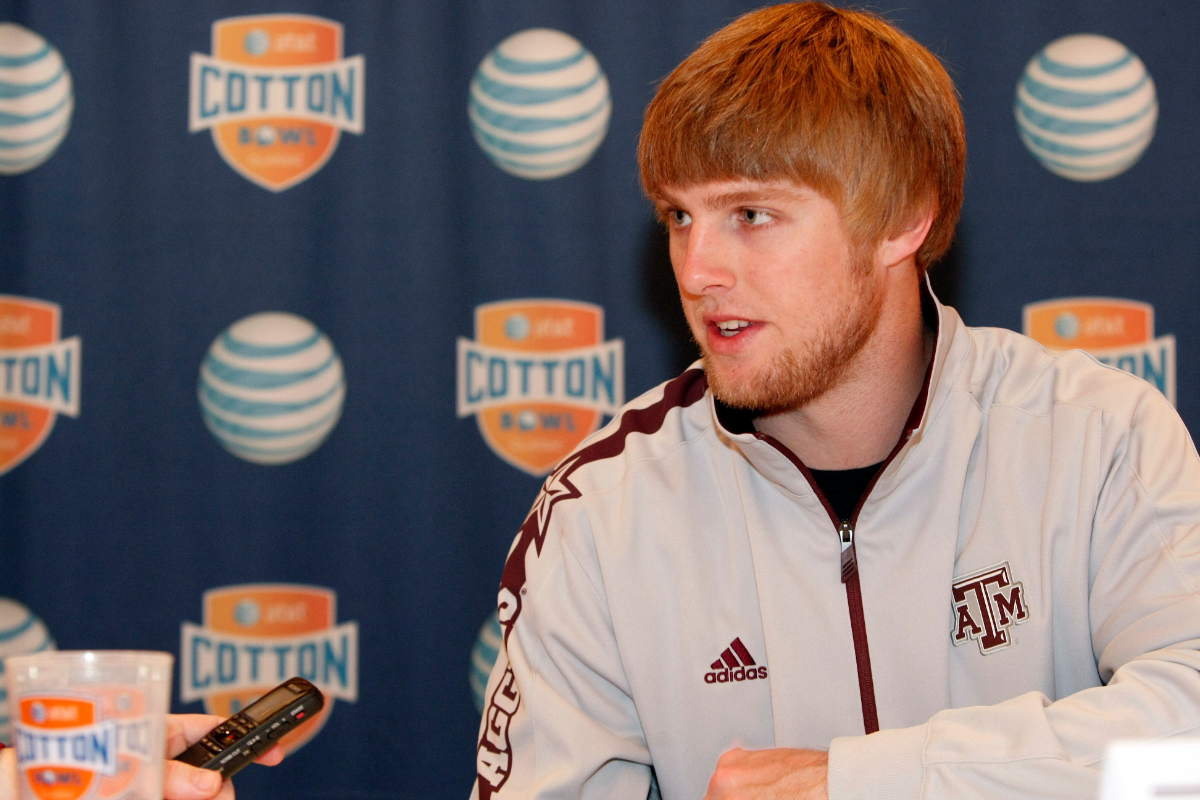 Only one man in Texas A&M football history can lay claim to the title of greatest wide receiver to wear an Aggies jersey. Mike Evans and Jeff Fuller have cases, but Ryan Swope has a better one.

Despite being a three-star recruit out of Westlake High School (Austin, Texas), the 6-foot Swope grew into a star in four years from 2009-12. By the time he was finished catching passes from Jerrod Johnson, Ryan Tannehill and Johnny Manziel, Swope set TAMU records that still stand such as career receiving yards (3,117), career receptions (252) and single-season receptions (89).

The Second Team All-SEC receiver was selected in the 2013 NFL Draft, but his NFL career was short-lived. After calling it quits on football, Swope moved back to College Station and pursued a new career.

Fun weekend. Got to hang with two of my favorite Aggie Legends. Also had the pleasure of meeting one of the greatest sportscasters #neileverett

It’s been a great year for us at Swope & Young Land Company! We’re launching our Instagram page – @SwopeAndYoungLandCompany- Join us as we share our adventure. #texasland #texasfarmandranches #texasranchsales

RELATED: Aggie Legend Dat Nguyen Owns a Chick-fil-A and Runs It Like a Football Team

Swope?s senior year came during Manziel?s Heisman Trophy season in 2012, during which Swope caught a touchdown pass in TAMU?s upset of No. 1 Alabama.

The Arizona Cardinals selected Swope with their sixth-round pick in 2013. He walked away from the NFL the same year because of concussion concerns, however. While in college he suffered four concussions.

?I had a bad concussion up there and I couldn?t ever really get back to normal,? Ryan told The Eagle in 2017. ?I wasn?t in a great place at that time, and it was probably best for me to walk away. Toughest decision of my life.?

Now, the 30-year-old Swope is a real estate agent in Texas. After graduating with a degree in agriculture sciences and getting a real estate license, he joined the Walsh and Mangan Premier Real Estate Group in 2016.

According to his LinkedIn, he now serves as the managing partner at Swope & Young Land Company. Judging from his bio, selling homes and land is right up his alley:

“The transition from football to real estate has come naturally for Ryan. His knack for helping and working with others, his perseverance, and his high level of accountability have translated well in the real estate world. He is focused on putting each of his clients in a winning situation.

“Ryan has an unsurpassed passion for the great outdoors. When he isn?t working with clients, you can usually find him hunting, fishing, golfing or merely just being outdoors. He also enjoys being a member of the Bryan Rotary Club and serving on a committee for the Texas Wildlife Association,” the website reads.

Thought we were going for an extra point….. but instead we went for TWO! Swope boys coming this September! #TEAMSWOPE

Ryan and his wife, Melissa Swope, decided to return to College Station after a brief stint in Arizona. Melissa graduated from Texas A&M in 2012 and worked for the Austin-based Card My Yard, a company that decorates yards for celebrations and events.

?I just feel like life is a lot more simple in College Station,? Melissa told The Eagle in 2017. ?You just feel like a lost fish in the sea living in such a massive city like Houston, and we were ready for a community.?

Ryan and Melissa announced they were expecting twins in March 2020 during the coronavirus pandemic, and Melissa gave birth to twin boys Tucker and Holden in September 2020.

“HUGE shoutout to Momma @m_swope for carrying these two little guys. Her resiliency through the entire process was truly humbling to witness. We are thrilled to announce to the world Tucker Paul & Holden Richard Swope,” he wrote on social media.

Ryan Swope will have hands full in the coming years, but that’s nothing new for Texas A&M all-time leading receiver. His career may not have panned out in the NFL, but years after starring on TAMU’s college football teams, he’s growing his own team at home.

MORE: Aggies Await ?One of the Best? Texas QBs Since Kyler Murray