Could Texas A&M’s Tough Schedule Actually Get Them to Atlanta? 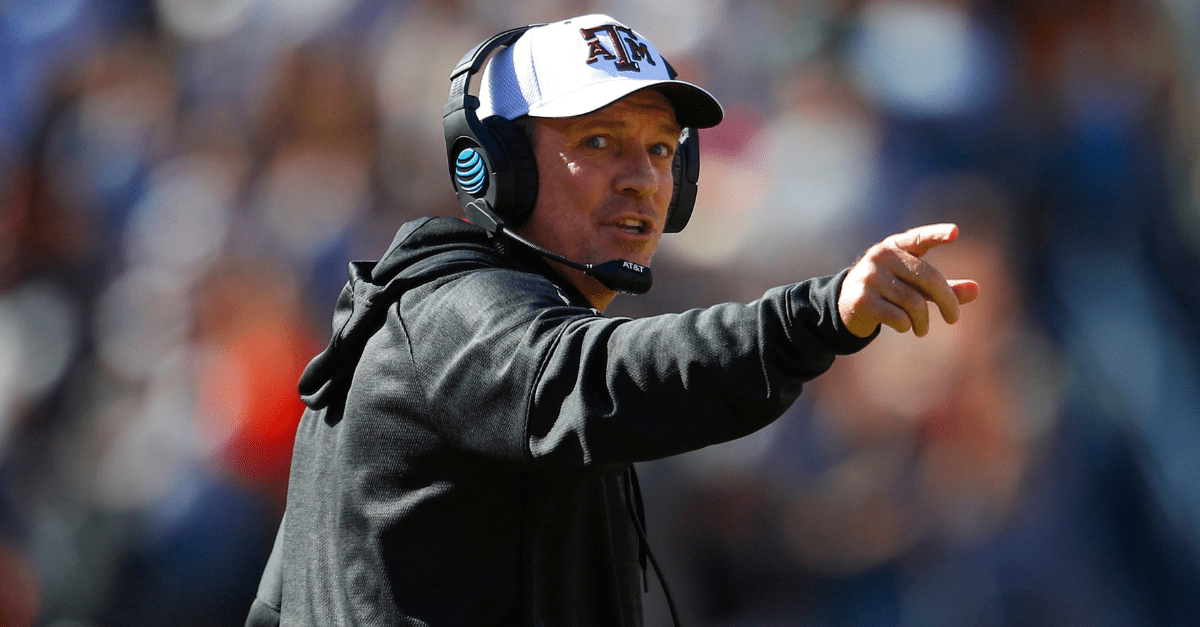 The Texas A&M Aggies look like a legitimate threat in the absolute gauntlet that is the SEC West. Under second-year head coach Jimbo Fisher, the Aggies posted nine wins in a 2018 campaign that included victories over ranked teams like Kentucky and LSU, and now are seeking their first 10-win season since the Johnny Manziel era in 2012.

TAMU quarterback Kellen Mond returns after a solid 3,000-yard, 24-touchdown season. He should once again lead a potent Aggie offense that scored 36 points per game and gained 472 yards per game last season, which was good for 15th in the country.

One issue might be replacing now-NFL running back Trayveon Williams and tight end Jace Sternberger, who were statistically the best in the Southeastern Conference at their respective positions and a big reason for Texas A&M’s Gator Bowl win over NC State.

In all honesty, Texas A&M University’s path to Atlanta for the SEC Championship Game is an extremely difficult one. Playing seven of the 2018 final Associated Press Top 25 teams, including the two that played in the College Football Championship Game — Clemson and Alabama — will prove if the Aggies are battle-tested early on.

That’s not to say an SEC Championship is out of the question, but TAMU will have to ball out pretty much all season. Here’s a look at that daunting Texas A&M football schedule, ranked.

The University of Texas at San Antonio Roadrunners went 3-9 in the Conference USA last year. Consider this a good game to send off the Texas A&M seniors.

Last season, the Lamar Cardinals beat a team 70-7 one weekend then lost to Texas Tech 77-0 the next weekend. Although they went 7-5 in the Southland Conference, with wins over teams like Sam Houston State and Incarnate Word, the Aggies should make quick work of them on Sept. 14.

The Razorbacks were just awful last season. Colorado State of the Mountain Western Conference and North Texas of Conference USA both took them down. Then again, Texas A&M beat them by one touchdown last year.

The Aggies, who’ve beat Arkansas seven-straight games, should take this one with ease in AT&T Stadium in Arlington, Texas, on Sept. 28.

I count five conference games that are must-wins for Texas A&M, and Ole Miss is one of them. The Aggies should be able to replicate something similar to their 38-24 win over the Rebels at home last year.

Texas A&M gets the Gamecocks after a bye week on Nov. 16, and it’s another one of those must-win games I’ve mentioned.

There’s not much to love about South Carolina. Quarterback Jake Bentley has been pretty average his entire career and Will Muschamp’s defense ranked 84th in the NCAA last season.

The first of three straight home games at Kyle Field, the Bulldogs could once again prove to be a tough opponent following last year’s 28-13 loss in Starkville.

Joe Moorhead’s offense ranked 70th in the country last season, and they won’t have mobile quarterback Nick Fitzgerald. That being said, MSU’s offense is a question mark just like Auburn’s.

If TAMU wants to play in Atlanta’s Mercedes-Benz Stadium come December or even a New Year’s Six Bowl, this is a must-win game. While the Aggies can afford a loss or two to a top-tier team like Alabama, Clemson or Georgia, Auburn is a team they have to beat.

The Tigers are a big question mark in year under coach Gus Malzahn, because 2018 starting quarterback Jarrett Stidham is gone but they welcome in five-star freshman Bo Nix. Auburn has also won three of the last four meetings with Texas A&M.

Last year’s TAMU-LSU produced one of the greatest football games in NCAA history, a seven-overtime 74-72 Texas A&M win that should be replayed on ESPN and SEC Network for years to come.

While this year’s contest likely won’t surpass the FBS-record 146 points scored, it should certainly be a good one. LSU has to fill some holes created by NFL draftees LB Devin White and CB Greedy Williams but returns quarterback Joe Burrow, who had a decent 2018 campaign under third-year head coach Ed Orgeron.

November might make or break the Aggies’ season, because they finish up the regular season on the road against Georgia in Athens then LSU in Baton Rouge the next weekend.

Kirby Smart’s Bulldogs will be as strong as ever with Jake Fromm back under center and 1,000-yard rusher D’Andre Swift carrying the ball. Plus UGA’s top-15 defense should be just as stout this year as it was last year.

Not much needs to be said about the Alabama Crimson Tide. Tua Tagovailoa and an army of five-star football players make this team as imposing as any other.

You all remember the last time Texas A&M took down the mighty Crimson Tide. Maybe Johnny Football will head to College Station for this one to give his former team some tips to defeating Nick Saban.

It doesn’t get much tougher than this Week 2 matchup. Fisher lost to the Tigers in each of his final three years at Florida State, so he’s probably eager to get back on the saddle.

The only way I see Fisher’s Aggies having a chance is if this ends up in a shootout. Even then, good luck against Dabo Swinney’s scary crew.