What’s Behind the Road Woes for the Texas A&M Volleyball Team? 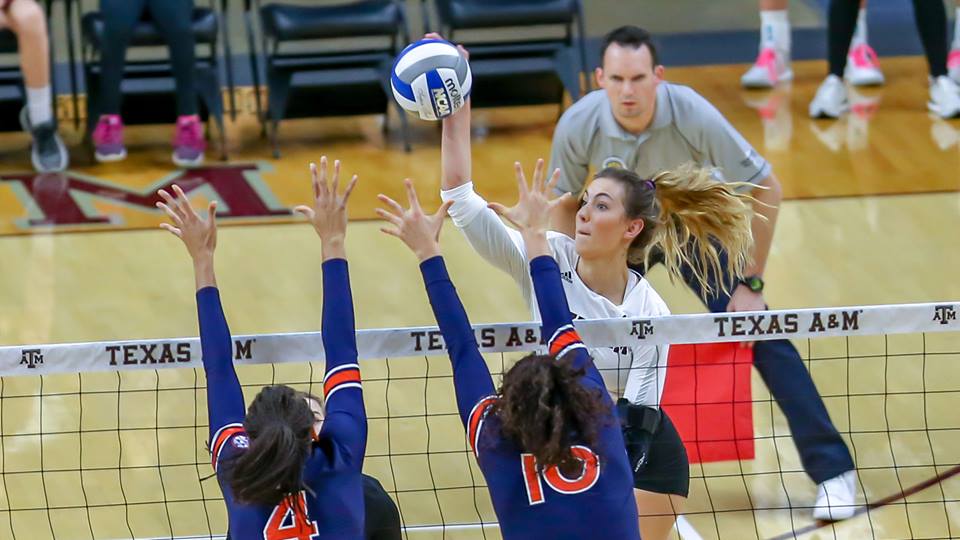 If you are asking yourself why the Texas A&M Women?s Volleyball team is struggling at 10-7 and 3-2 in Southeastern Conference, look no further than their road record. Although the team has played very well at home with a record of 4-1, and a perfect 5-0 at neutral sites, six of their seven losses this season have come on the road this year. They are currently tied with Arkansas for the worst road record in the SEC.

In fairness to the Aggies, they have lost to two nationally ranked teams on the road this season falling to No. 6 Penn. St. back on September 1, and recently to the No. 11 ranked Florida Gators a few weeks ago on October 5 after taking them to five sets.

Aside from playing some really good teams, why does the Aggie volleyball team lose so much on the road? Their struggles as the visiting team can?t simply be attributed to the fact that the home-team fans are heckling them with ?miss it? signs and rooting against them. Can it? Absolutely! Their 5-0 neutral site record where crowd noise and energy aren?t as big of a factor is proof.

The game stats don?t necessarily indicate any trends that stick out in wins versus their losses. Their kills and service errors vary throughout the season, and players like junior outside hitter Hollann Hans and sophomore middle blocker Makena Patterson appear to play well during victories and in defeat. The Texas A&M volleyball team overall also seems to be prepared every week. The only thing that appears to make sense is that throughout the season, the Aggies typically start strong in opening sets and falter late in matches.

Check out these highlights from last weekend. Come see plays like these live and in person at Reed on Friday at 6 p.m as the Aggies play host to Auburn.#OwnIt #GigEm pic.twitter.com/iZ80IXNgKD

So the answer appears to be simply the adage of having home field advantage. When the team is fatigued late in games, the home crowd at Reed Area of about 1600+ fans is able to give them enough energy to finish their games strong and remain focused. It?s like when Hulk Hogan is being destroyed in the title match and the crowd starts to cheer his name while he?s being choked out on the mat. After a two-count pin attempt, Hogan regains all power from being unconscious, raises his hand and points to the sky, and rises up to win the match. The Aggies simply don?t have that same energy on the road and the swagger level is down.

Six of their final 12 games are road trips against tough SEC competition out of College Station. There?s not a lot more that head coach Laura “Bird” Kuhn can to do to get them ready to play week-in and week-out. She is doing a great job. It sounds like they just need to travel with a larger caravan and bring more fans on the road.

The Aggies face off against Tennessee on October 19 at home and host the Kentucky Wildcats on October 21 at home, too.