Normally this time of year Twitter Bombs are getting dropped about the impending NFL Draft, MLB Season or even the NBA Playoffs. In 2022, as the sports world stays relatively calm, it's the college football world that was rocked by a Twitter post from the University of Texas Longhorns Athletics account.

Unsurprisingly, it has everyone wondering just when Texas and Oklahoma are joining the SEC.

Is Texas Joining the SEC Earlier Than 2025? 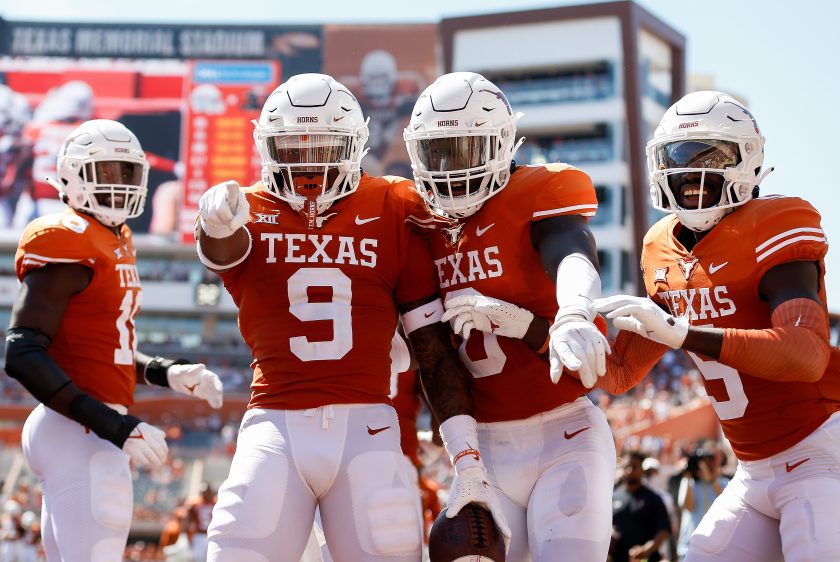 While the world was minding its business on a cozy Sunday Night, the Texas athletics account posted a hype video featuring various athletic achievements and famous alumni from the school's long history of athletic dominance.

Kevin Durant makes an appearance as does Matthew McConaughey, Roger Clemens staring down hitters flashes across the screen as does Clarissa Davis, directing traffic as she brings the ball up the court. Texas legend after Texas legend appears on screen, but the real star comes at the end of the video.

The camera shifts back to our narrator and former Heisman Trophy winner Earl Campbell who says, "It's not that important, what you've done. What's important is what you're gonna do." The video shifts to a view of the Austin skyline as the SEC logo appears, almost as if it were the Sun, ushering in the dawn of a new era for Texas Athletics.

Wow. Call the Louvre, we've got an artistic masterpiece on our hands.

Texas has already announced its plans to join the Southeastern Conference within the next few seasons, as did their Red River rival Oklahoma Sooners, with 2025 being the assumed target date.

Thanks to television deals signed between Texas and the Big 12, most pundits and fans landed on that target season. However, this new video appears to state otherwise. If Texas were to make the jump to the SEC sooner rather than later, things could get very interesting in the Fall, when Steve Sarkisian could host his old team and boss when Nick Saban's Alabama Crimson Tide squad rolls up to Darrel K Royal-Texas Memorial Stadium.

Texas would join fellow Lone Star state resident Texas A&M in the SEC, reviving the Longhorns-Aggies rivalry. In the SEC, schools such as Georgia, Auburn, Ole Miss, Vanderbilt, Kentucky, Florida and LSU await Texas in a variety of college sports that have remained SEC-dominated for quite some time.

In the Big 12, where Texas has spent the last 25 years, the Longhorns will wave goodbye to Baylor, Texas Tech and TCU, as they depart and head East. The Big 12 will be in conference realignment mode, as they look to bring in four new schools by the 2023 season.

In the more recent future, the Longhorns men's basketball team could use the NCAA Tournament as a way to rudely greet their new conference. SEC Basketball just got a lot more interesting folks, and the SEC Tournament hasn't even started. Even more so, the Longhorns men's baseball team, which is currently ranked No. 1 in the nation, would make the SEC baseball scene an MLB Draft Combine all season long.

An official announcement by the school has yet to be made. Under normal circumstances, a video posted on Twitter leads to speculation about the source or even the contents of the video itself. This video, on the other hand, has a clear and distinct message.

The Longhorns are coming to the SEC, it may be sooner than you think, and they are HYPED and ready to make waves and enemies.

MORE: The Texas Longhorn Band Has a Drum With a Radioactive Past