Vandy player who said, “Bama, you’re next,” got completely steamrolled on Saturday 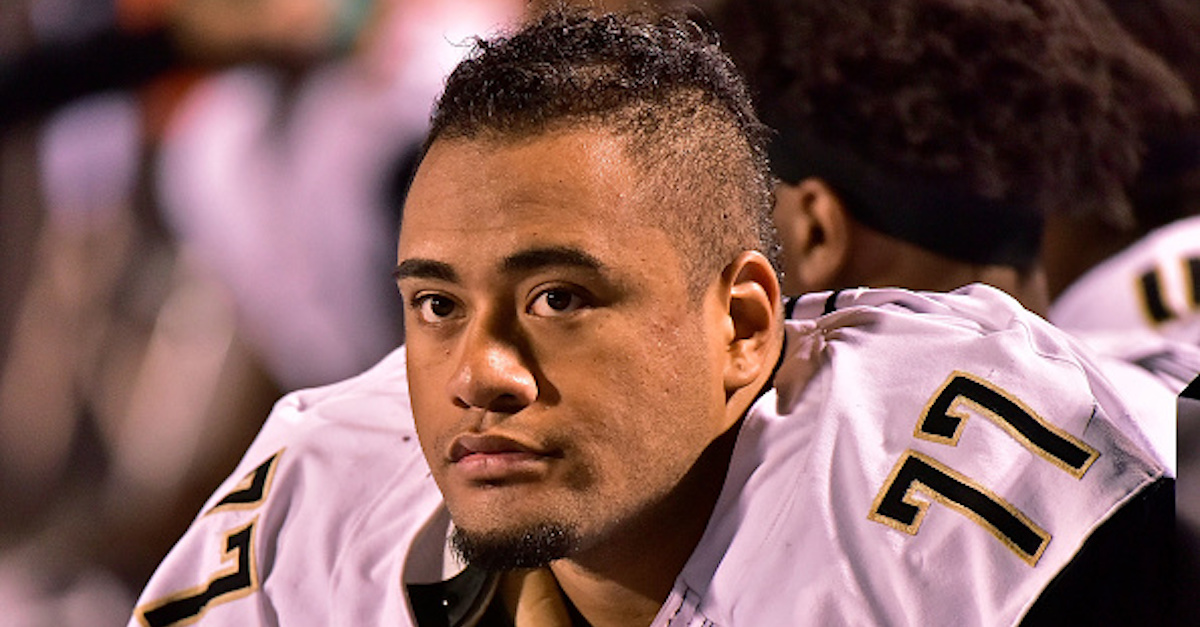 Laelao, as you’ll remember, talked some major smack before the game, but neither he nor his team could deliver on that trash talk.

Vanderbilt was expected to be competitive, at the very least, but the Commodores couldn’t even score a point on the Crimson Tide. To make things worse, their heavily praised defense gave up nearly 60 points.

Vandy lost, 59-0, this after Laelao told the Alabama that it was next on the Vandy “hit list”. Here’s what he said after Vanderbilt’s win over No. 18 Kansas State:

“We expected to get this. When you come to our house we show you how to play some SEC ball. It don’t matter where you’re from, you’re gonna know what ball we play. We’re going into next week ranked, that’s fine. Alabama, you’re next.”

#Vandy's Nifae Lealao: "We expected to get this. When you come to our house we show you how to play some SEC ball… Alabama, you're next." pic.twitter.com/koegcHRZnE

Laelao was right in saying that Alabama was next, but the Commodores, unfortunately, didn’t show up to play the Tide.

And to make matters worse, the big defensive lineman was caught in an embarrassing moment during the game. Cole Cubelic of the SEC Network passed on film of Laelao absolutely being demolished by a double-team block.

Alabama’s left guard chipped over on Laelao and sent him flying to the ground. Matt Zenitz of AL.com pointed out that the left guard J.C. Hassenauer, was actually the backup left guard, making the situation even worse for Laelao.

63 for Alabama is backup left guard J.C. Hassenauer. 77 for Vanderbilt is Nifae Lealao, the one who said, "Alabama, you're next" https://t.co/cIcfSaR8Ot

He talked a big talk before the game but he couldn’t back it up, and it literally doesn’t get any worse than that for an athlete.