The University of South Carolina athletics department is full of cowards. Cowards, I say!

Recently, the University of South Carolina announced that they would be changing the name of their live mascot. Why, you ask? Well, the Gamecocks mascot, a live rooster named Sir Big Spur, was the center of a controversy between previous owners of him and the new owners. Yes, this is what the world has come to -- cockfighting.

Due to the dispute between Sir Big Spur's former and current owners, South Carolina was hunting for a new name. The current moniker, the Fighting Gamecocks, pays homage to Revolutionary War General Thomas Sumter.

So, when all is said and done, South Carolina's live mascot will be named for that same man. The rooster will now be referred to as The General, the athletics department has announced. According to Deputy Athletics Director Eric Nichols, once the school learned of the name change opportunity, they jumped at the chance to celebrate the Gamecock nickname's origin. 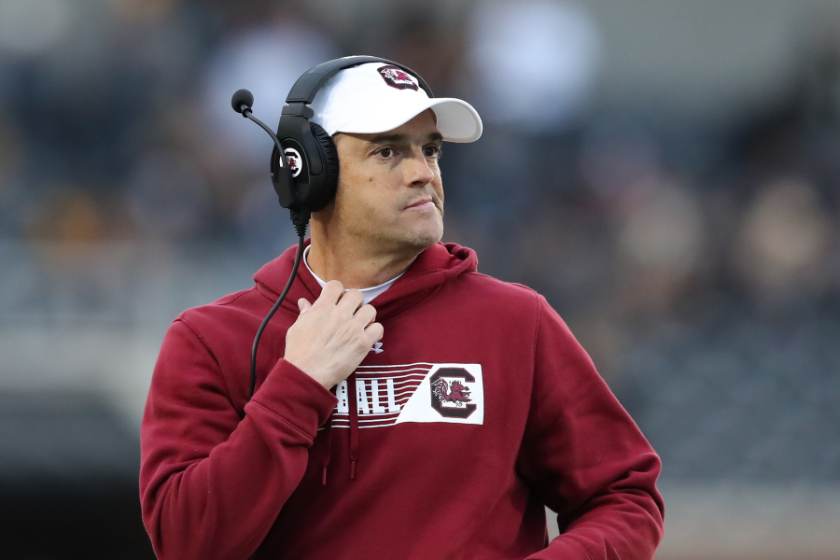 South Carolina football will be eager to take the field to begin the season on Saturday, September 3, with The General set to make his first football game appearance of the season. South Carolina's rooster mascot is iconic in Columbia, but it's what could have been that really tickles me and then makes me mad. Why? Because South Carolina robbed us of a good time.

The State held a poll for new names it was considering, including the likes of "Coop (or Cooper)" and "Cluck Norris." But, the one that really stood out to those across social media was even better. USC seriously considered the name "Cock Commander." Now, from a strictly scientific perspective, this name makes some sense. But there's no way, no matter how many tweets could be in its favor, that it was going to come to fruition. Which is nonsense, considering it's perfect.

Seriously, the fans split the uprights on this and then South Carolina decided to wipe those points off the scoreboard.

While Cock Commander would be incredible, I suppose the mascot can take his new perch as The General moving forward, if South Carolina doesn't want to be cool. There's no multiverse where The General is a better option than Cock Commander. No way. You couldn't be cool just this once, South Carolina? What did you think was going to happen when you asked the internet to name something? Did you think you were going to get "Bartholemew Cluckington" or "SCARface?" You can't just unplug the Xbox and walk away from the game.

In fact, maybe South Carolina's mascot shouldn't be the gamecocks or "The General." Instead... South Carolina should be "The Chickens." 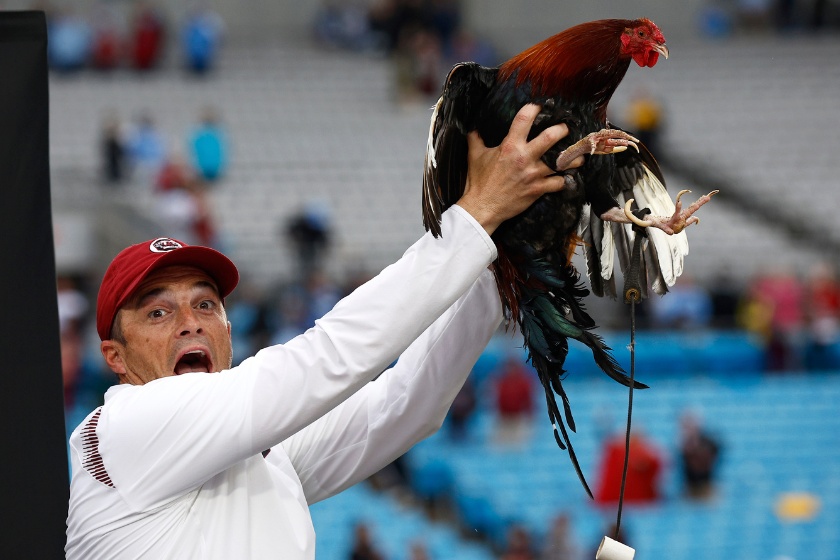 Now that the college football preseason is over, these are the real stories folks. Not to say there isn't something legitimate to changing a name. Certain NFL and MLB teams have recently taken note. But that was over some legitimate issues. This is both comedy and tragedy. Comedy in that I'm even telling you about a dispute over the name of a rooster. And tragic that his name will not officially be in the books as Cock Commander.

What a missed opportunity.

I'm rooting for Georgia State on Saturday, purely out of spite.