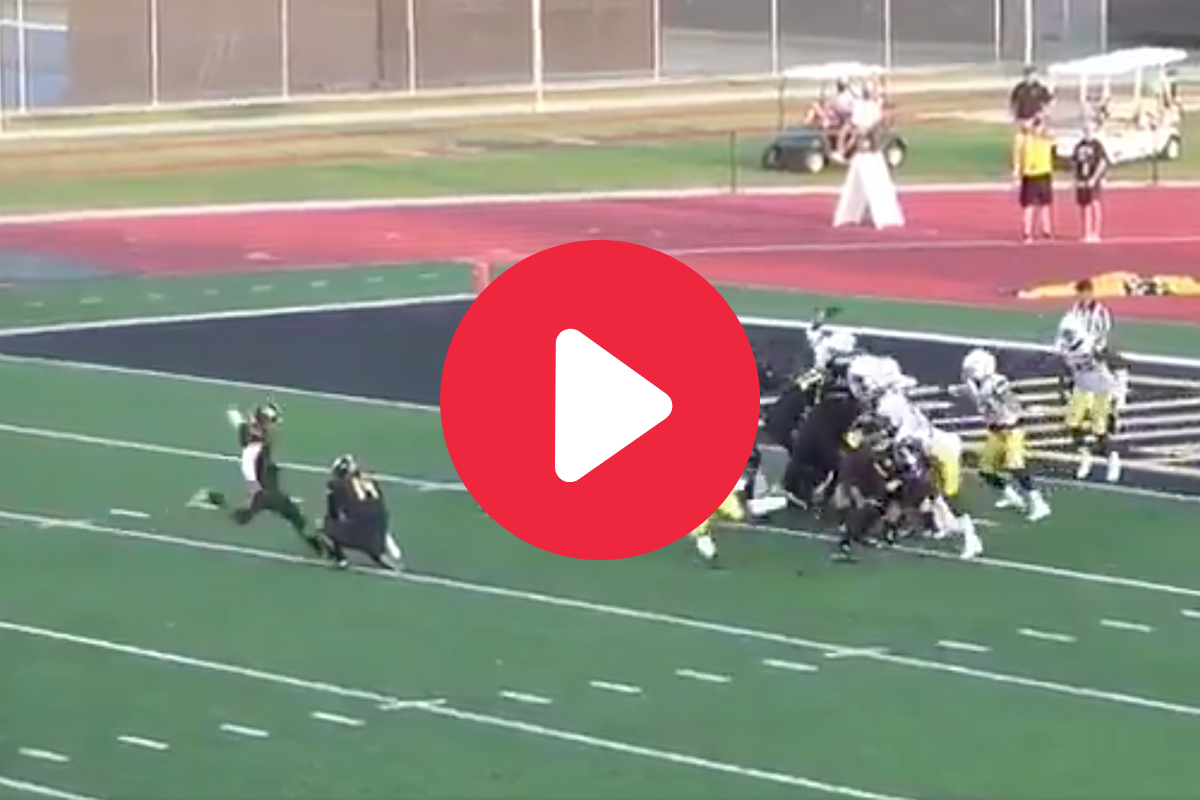 Kicking field goals are pretty pedestrian in college football. There’s the random long kick here and there and sometimes some great blocks. However, there may have never been a blocked kick that still got kicked through the uprights before. Division-III Texas Lutheran might have become the first school to ever complete such a play.

It probably helped that the distance was so short or else Hopkins might not have been able to get it back off the bounce and up through the posts.

@espn Have you ever seen this? Texas Lutheran's Tyler Hopkins has FG blocked only to kick again off bounce for 18-yard FG! #sctop10 #D3fb pic.twitter.com/VYVT264j5a

The bad news, however, is that the play apparently shouldn’t have counted and an illegal kicking penalty should have been called.

Update! This kick should never have counted and instead should have been a penalty for illegal kicking.

Well, it might not happen again, but at last we will always have this version of it.