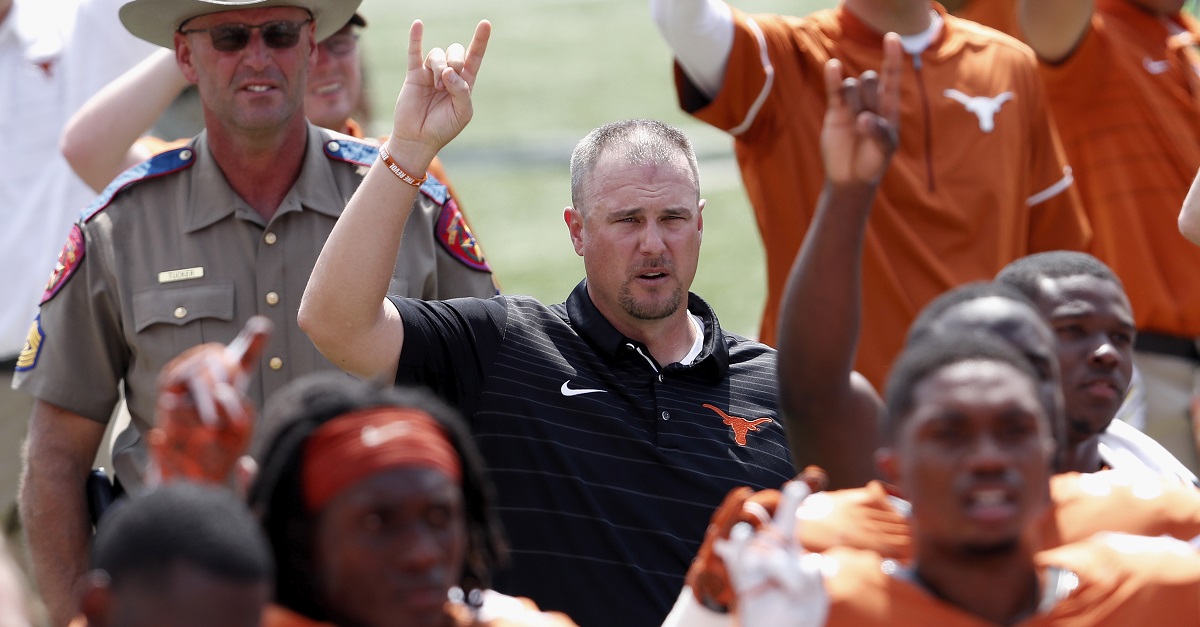 Here was Tom Herman's post-practice response to the criticism from Urban Meyer. pic.twitter.com/4CRRMvaoM6

This comes after Meyer described Herman’s post game comments as part of “a new generation of excuse.” While Herman may not have disparaged his current players directly, he did insinuate that there’s a lot of work to do with the current players he has on campus. Here was his quote on not quite arriving:

?If we all thought that we were going to come in here and in nine months sprinkle some fairy dust on this team and think that we?ve arrived then we?re wrong.?

That’s not exactly a vote of confidence for the guys he has and it sounds like he is going to be doing some serious worrying about getting a win considering they couldn’t beat a cellar dweller like Maryland at home.