Another natural disaster forcing one game to move its kickoff time 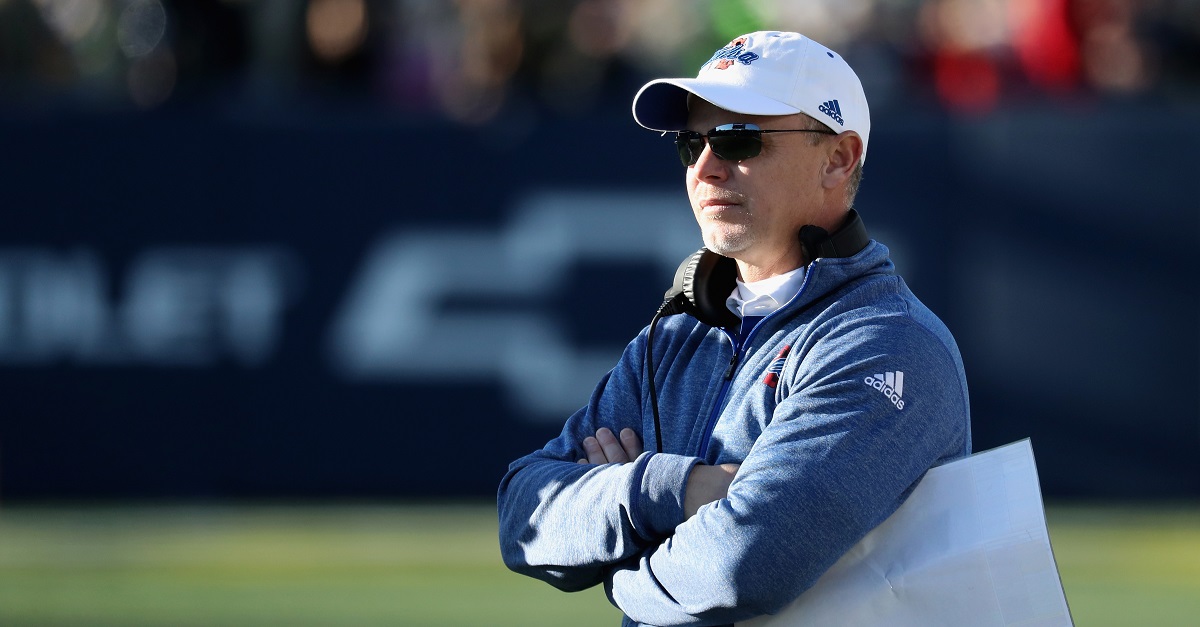 Rob Carr/Getty Images
ANNAPOLIS, MD - NOVEMBER 12: Head coach Philip Montgomery of the Tulsa Golden Hurricane looks on in the second half of their 42-40 loss to the Navy Midshipmen at Navy-Marine Corps Memorial Stadium on November 12, 2016 in Annapolis, Maryland. (Photo by Rob Carr/Getty Images)

Tropical Storm Nate is being projected to run through the Gulf Coast this weekend and that could definitely affect several college football games being played on Saturday. It has already changed the kickoff time of one game though as it’s been announced that Tulane and Tulsa’s game will kickoff at 11 a.m. central time rather than 3 p.m.

The American Athletic Conference says the move has been made because of the projected track of Tropical Storm Nate, which on Thursday was over Central America and could become a hurricane as it moves north into the Gulf of Mexico.

The storm system is expected to make landfall on the Gulf Coast on Sunday morning. So allowing fans to still watch the game and get home at a safe time is likely a big reason for the four hour move up of the kickoff. Projections have the storm landing anywhere from around Mobile, Ala. to the central coast of Louisiana.