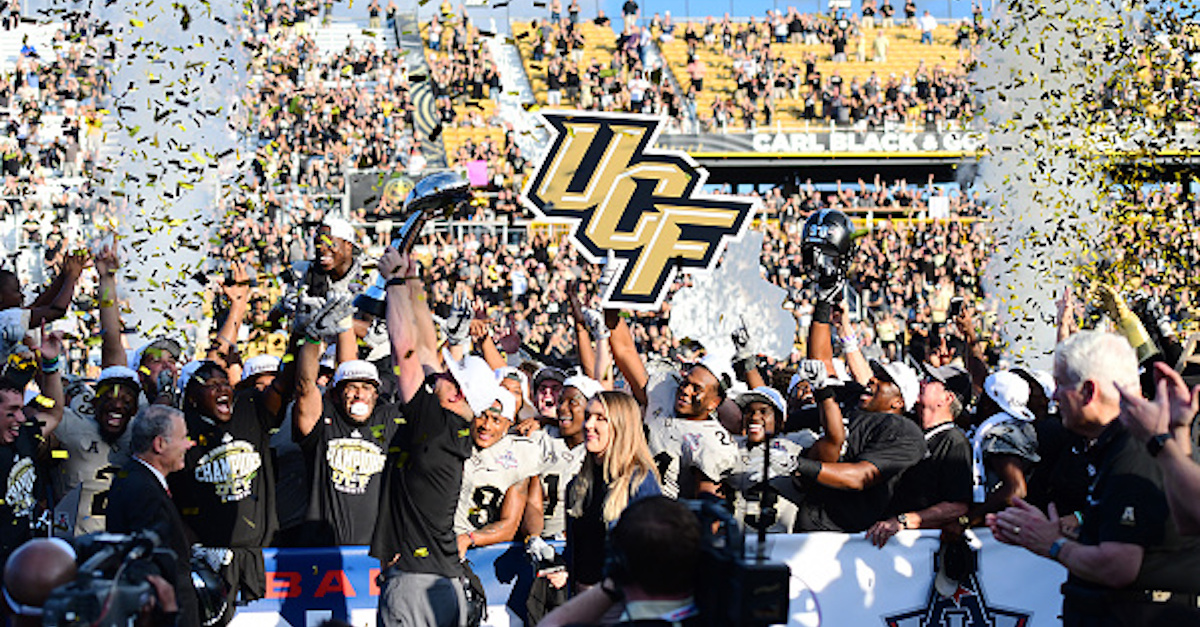 The UCF Knights had themselves a special 2017-18 season. It was so good, in fact, that the team considers itself to be national champions.

This is according to athletic director Danny White, who feels that UCF’s 13-0 season, including a win over No. 7 Auburn in the Peach Bowl, is worthy of championship status — despite the fact that the team wasn’t invited to the College Football Playoff. Here’s White:

“We’ve got a really mature group of young men who played 13 games and won them all. I think they deserve to be considered national champions,” White said. “We’re really proud of them.

That’s a bold statement from a school that just had a bold season — though the Knight’s schedule did leave a bit to be desired — and it has apparently inspired another AAC school, Tulane, to celebrate a national championship of its own.

The Green Wave probably understand all too well what UCF is feeling this season based on their snub from that magical season. They finished 12-0 but were not considered for a BCS bowl game because of their schedule. Tulane did not play a single ranked team all season but did finish the year beating BYU in the Liberty Bowl.

Tennessee, also undefeated, went on to win the BCS National Championship by beating Florida State in the Fiesta Bowl — a title that Tulane obviously feels it has a claim to, 20 years later.