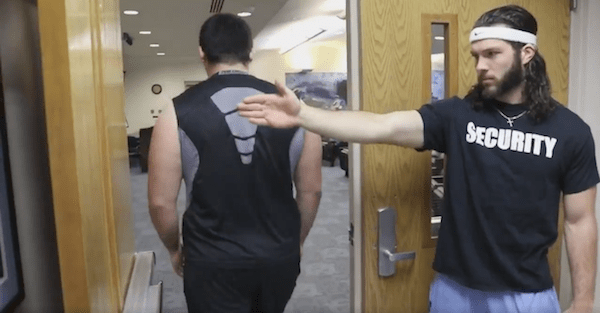 Last fall, North Carolina upset Florida State 37-35 at Doak Campbell Stadium on a game-winning 54-yard field goal from kicker Nick Weiler that snapped the Seminoles’ 22-game winning streak—which was the longest in the country at the time.

Here was the kick from Weiler:

The Tar Heels are still relishing that victory, and they just released a hilarious new video involving Weiler and head coach Larry Fedora.

Curious about what @NickWeiler24 has been up to since his UNC playing days ended? Wonder no more. #ThisIsCarolinaFootball pic.twitter.com/9MaRHzhpil

North Carolina isn’t scheduled to play Florida State again in the regular season until 2021, so the trash talk is probably safe—unless the two schools meet in the ACC Championship Game.

Still, the video was definitely worth it.