College football news is heating up for the next few seasons and we haven't even kicked off yet in 2022. When it's said that the NFL cannot compete with the monster bombshells that get dropped in the college football world, what they're talking about are days like this. According to Jon Wilner, a Pac-12 insider, USC Trojans and UCLA Bruins will reportedly look to move into the Big 10 Conference, leaving the Pac-12, by the start of the 2024 football season.

And we all thought Oklahoma and Texas joining the SEC by 2025 was going to spice things up in the college sports world.

As we saw when Miami, Boston College and Syracuse left the Big East for the ACC in 2004-05, there are winners and there are losers. So let's look at who benefits from the Los Angeles Schools' entrance into the Midwest-based conference, and which schools are looking at today like it's armageddon. 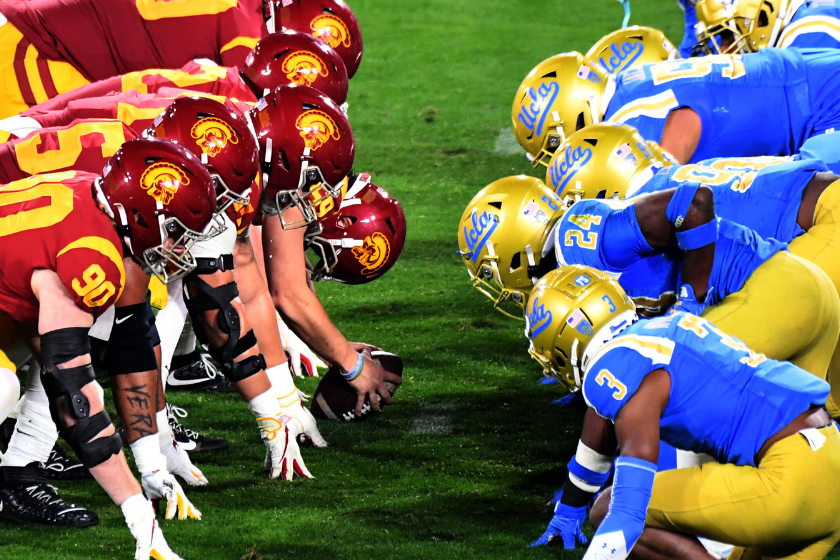 This one's obvious. Playing in the Big 10 puts USC and UCLA in the thick of some of the best football programs in the college game today. Normally it wouldn't be a great move to switch to a conference where you're middle of the pack, but here it works in the Southern California school's favor. Across the board, USC and UCLA enter as contenders in just about every sport the Big 10 competes in. The USC and UCLA basketball programs will be better off in the Big 10 facing off against Michigan, Indiana, Iowa and Purdue. Football-wise, they easily slot in with the likes of Ohio State, Penn State, Wisconsin and Michigan again.  This is a no-brainer for these two schools, who bring illustrious and prolific histories to the Big 10 from the Pac-12. This move makes total sense. Now we wait for the conference realignment to take place to see which division the West Coast falls into. 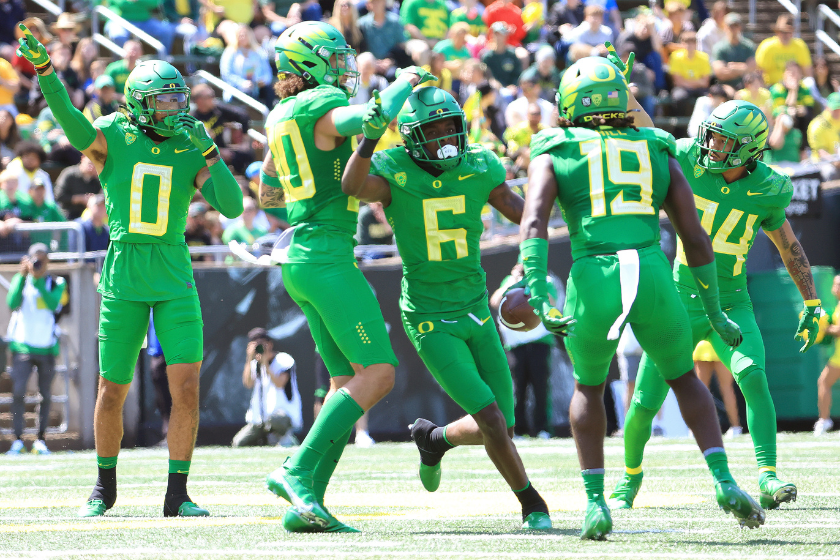 On the flip side of the no-brainer move to better their programs, it's clear this is a big loss for the Pac-12. Sure, they still have solid schools and it's not as if this is the same thing that's happening to the Big 12, but it's still a tough pill to swallow. Consider this, With UCLA leaving the Pac-12, the conference will only have two NCAA men's basketball championships to claim since WWII ended,with one of those coming from Arizona in 1997. In that same time span, with the exit of both schools, the Pac-12 also only has two football titles to its name, both coming from the University of Washington almost 30 years apart. Not a great look. But perhaps the reason for their departure from the conference is based on that poor performance. As we can see from the SEC, if you play against good teams, you become a good team. Beating up on middle-of-the-road schools doesn't always make for a strong championship or College Football Playoff argument. This is a bad look for the Pac-12, no doubt about that. 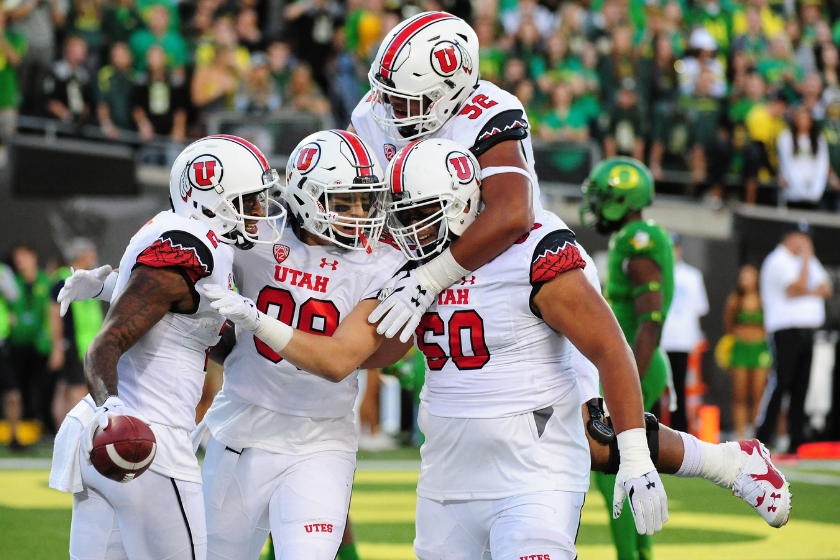 While this is a bad look for the Pac-12, and possibly puts other Pac-12 schools in a tough spot, this is a fantastic swing of luck for Utah. Since 2014, Utah has not had a losing season under head coach Kyle Whittingham, and in 2021 the No. 17-ranked Utes took home the Pac-12 conference championship, stomping the No. 10 Oregon Ducks, 38-10 in the title game. Despite losing in the Rose Bowl to Ohio State, 45-48, the Utes finished the 2021 season with a full head of steam that will no doubt carry into 2022. And with UCLA and USC out of the picture, there's only Oregon and a handful of other schools in their way. If Utah is looking for its moment? It has arrived. 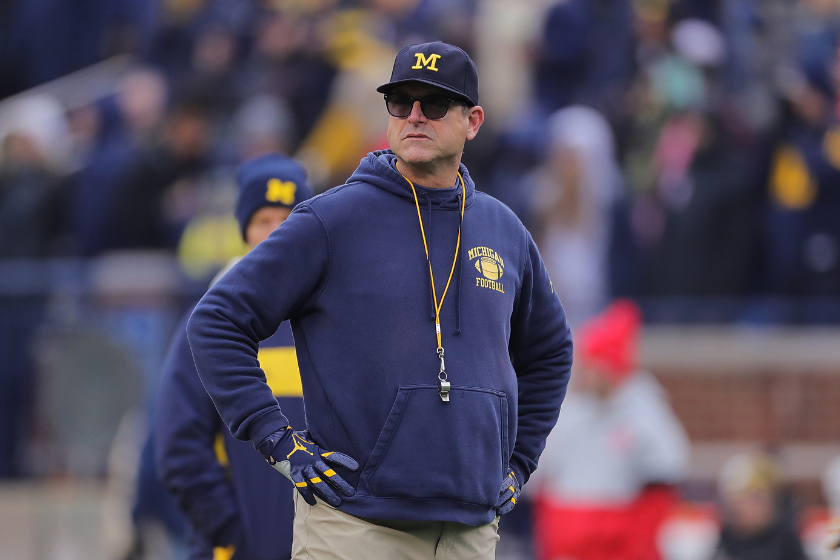 Michigan football was finally on the up and up. Head coach Jim Harbaugh finally got the Wolverines to beat Ohio State on rivalry weekend and even got Michigan into the College Football Playoffs despite falling to eventual national champion, Georgia. Michigan is finally back, and now two well-seasoned veteran institutions come in and spoil the party. Lucky for Michigan, Harbaugh has some experience in the Pac-12 from his days coaching at Stanford. So hopefully this won't stop them from maintaining their success on the field, but if there's one thing Jim Harbaugh and the Wolverines don't need, it's another hurdle to jump over.

Similar to what Utah can gain from a newly reorganized Pac-12, so can Oregon. But while Utah is on the upswing, Oregon can use this to possibly bounce back to their former glory. The Oregon Ducks in the Chip Kelly era were almost unbeatable, making two national championship game appearances in 2010 and 2014, losing both times. But, that's not to say the Ducks are failing on the gridiron. In fact, they're not. With the exception of Mark Helfrich's last season leading the Ducks, Oregon's still in the national spotlight every year and even won the Pac-12 Championship in back-to-back seasons in 2019 and 2020. The only difference is that they seem to have lost their luster over the last decade. Those two Pac-12 championships were the first since Chip Kelly brought them to Rose Bowl in 2014. With USC and UCLA leaving and Utah leaning in for their turn at the table, Oregon has an opening to take back a conference they once dominated. 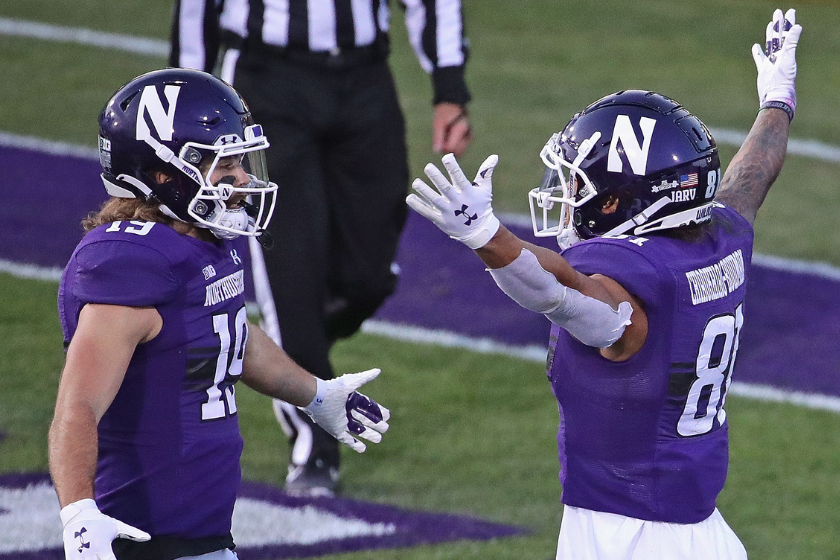 One of these schools is not like the other. Northwestern is the odd-man-out in the Big 10 at this moment, as two athletic powerhouses move into the conference. Under the command of head coach Pat Fitzgerald for the last 15 years, the Wildcats are nine games over .500. That's right. 199-190 in the last 15 years. Northwestern is the Vanderbilt of the Big Ten Conference. Their last Big 10 conference championship was in 2000. The only other school with a drought that long, that has been in the conference since its inception is Purdue. So why aren't Purdue or Maryland on this list as losers? Because Purdue has the winningest basketball program in conference history, and Maryland can compete on the hardwood. Meanwhile, Northwestern's men's basketball program is the only team with all-time record below .500. With USC and UCLA entering the conference, Northwestern's time as a legacy school in the conference may be up.