If Oklahoma softball is the equivalent of Alabama football, just wait until the Sooners make the jump to the SEC.

Yeah, this team -- the one who pummeled the Texas Longhorns in Game 1 of the Women's College World Series finals and cruised through the season behind the NCAA's greatest home run hitter of all time -- only stands to get better once OU is putting the "it just means more" mantra to the test.

How exactly will Oklahoma benefit from joining the strongest conference in softball? It starts with a world domination plan from head coach Patty Gasso. Let me explain. 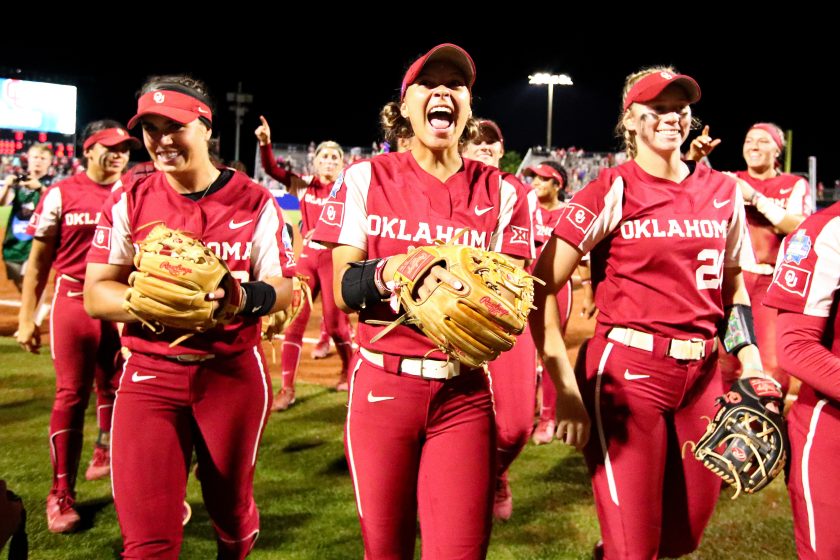 There's one stat that I keep repeating to everyone I try to explain just how good this 2022 Oklahoma team is: The Sooners have won 40 of their 61 games this season via run-rule. That means about 65 percent of all their games are blowouts. And that doesn't even count the 16-1 win over Texas in the WCWS Finals, because there are no run-rules in the championship series. That's how far and away the talent level is here.

Oklahoma, which is 58-3, is finishing off a nearly perfect season in every sense of the phrase. A record-setting offense led by Jocelyn Alo, who broke the NCAA all-time career home run record this season and just keeps crushing. A defense of last year's national championship. Heck, a title this year would make that four national titles in the last six tournaments (COVID canceled it in 2020).

They've done that by steamrolling the Big 12, which is really only propped up by (besides Oklahoma) Oklahoma State and Texas. They were 17-1 in conference play, the only loss coming to Texas after a 38-0 record to start the season.

At this point, Oklahoma softball is an unstoppable force that is turning everyone it plays into dust. There aren't any signs of it slowing down, either.

Why Oklahoma Will Get Better in the SEC 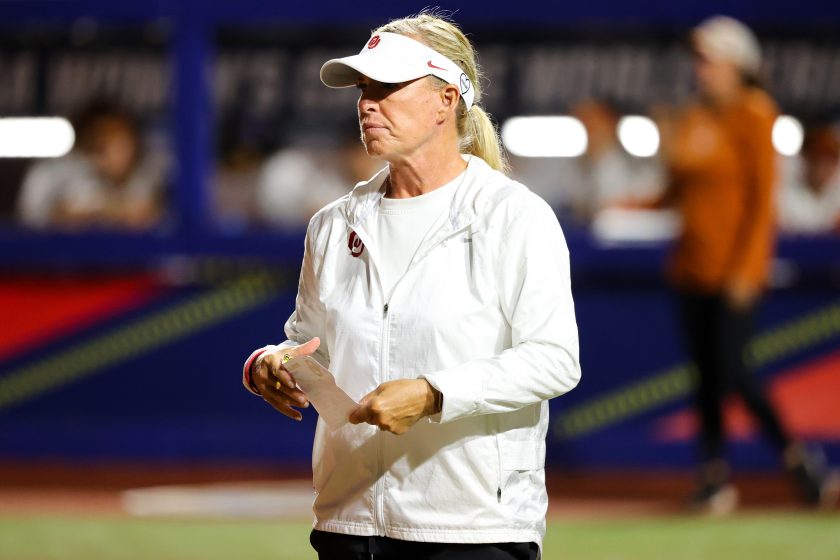 The SEC is the premier conference in softball. It isn't the Pac-12, despite the historical dominance or what this year's WCWS bracket might say.

While some might argue that will make Oklahoma's path to Oklahoma City tougher, I'd argue the opposite. The move to the SEC will open all sorts of doors to Gasso recruiting throughout the Southeast, something she hasn't really done all that much of.

Currently, Oklahoma has just one player on the roster from east of Texas and Oklahoma: Jana Johns, a Georgia native who transferred from South Carolina. They've also added transfers like Hope Trautwein and Alyssa Brito this year and G Juarez, who last year won the WCWS Most Outstanding Player, but that's beside the point.

Oklahoma's recruiting presence is already strong in California, Oklahoma and Texas. A move to the SEC would open doors to the Southeast as well. It would mean complete world domination for Gasso and the Sooners. I can just hear her evil laugh already.

In looking at the MaxPreps' top 2022 high school softball recruits, three of the top 10 are in states where the SEC reigns supreme (Alabama, Louisiana and Tennessee). Oklahoma has three of the top 25 on that list.

Something tells me Patty Gasso can't wait for that jump to the SEC.

But as fans have been able to tell each night, Oklahoma is good enough as it is. The SEC move will only pour more Gasso-line on their fire.