I've got a bone to pick with the NCAA, and it lies in Oklahoma City.

That's where the Women's College World Series is played every year in USA Softball Hall of Fame Stadium, and quite frankly it simply isn't fair. It isn't fair that the Oklahoma Sooners -- who, by the way have been one of the greatest teams of all time this year -- get to waltz some 30 minutes up the road into what's essentially become OU's second softball stadium to play in front of a home crowd every year. They'll do that once again this year when the tournament opens play on Thursday.

It's time the NCAA considers some sort of rotation for where the sport's premier championship event is played, because it's affecting the sport in negative ways.

Why It's Unfair the WCWS is in Oklahoma City 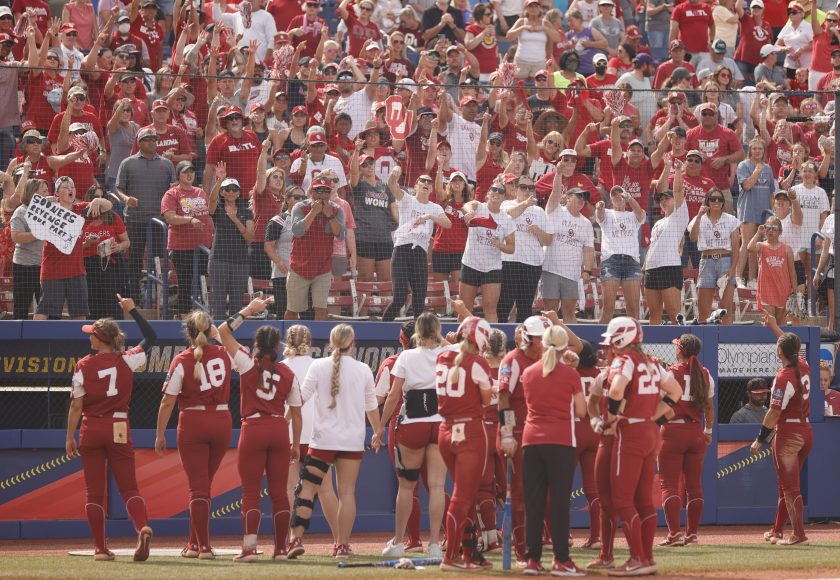 The WCWS has been played in Oklahoma City every year since 1990, except for 1996, when it was played in Columbus, Georgia.

The venue truly is beautiful. It has been renovated through the years, and coaches and players have echoed how special it is to play at Hall of Fame Stadium. Florida Gators head coach Tim Walton once said, "I've always felt what makes Omaha special is it's located in the center of the country, just like Oklahoma City. This tournament has grown so much. The support is great. The people of Oklahoma are great."

But it's simply not fair that the Sooners get home field advantage every time June rolls around.

Consider that Oklahoma has won three of the last five national titles and four of the last eight. That's entering Alabama football-like dynasty winnings. Can you imagine if the College Football Playoff National Championships were played in Alabama every year? We know home field advantage is a real thing, and to give it to the best team in the country just makes it that much tougher for every other team in the WCWS. 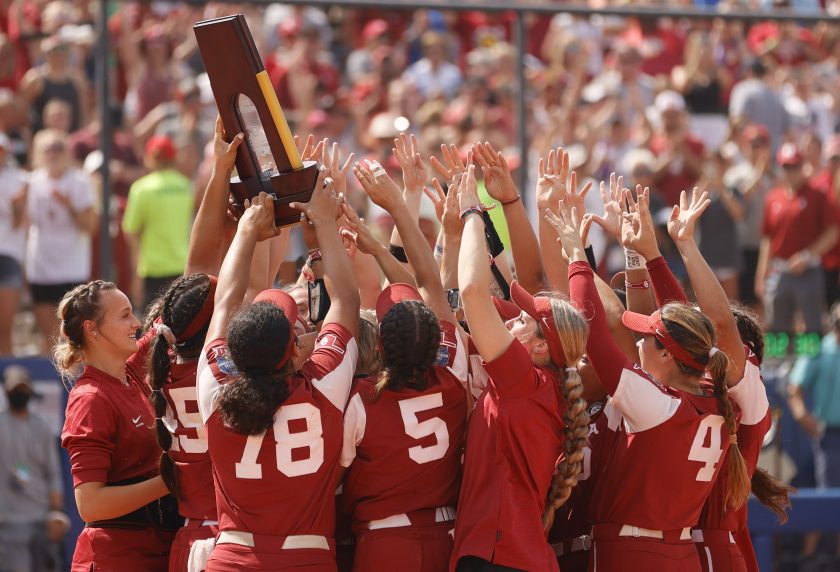 This year's Oklahoma team has been wonderful. Record-setting. Historic, even. They're outscoring opponents 500-47. They've run-ruled teams 37 times, or 68.5 percent of all their games. They're 52-2, including a perfect 17-0 record at home. And that is terrific to see. It really is. Record-setting teams (and players) can push the sport in unimaginable ways.

There's Jocelyn Alo, softball's Barry Bonds who set the all-time NCAA home run record this season. There's Tiare Jennings, who might as well be the Mark McGwire of this team. There's leadoff hitter Jayda Coleman, who is nearly impossible to keep off base. This is a softball version of the Yankees' Murderer's Row from the 1920s.

I'm not the only one who's voiced this opinion. Softball fans have clamored over the last five or so years how it just doesn't seem right.

Who would love to see the WCWS be hosted at different sites around the country to showcase different parks. Schools would bid years in advance to host, much like how they do the Super Bowl bidding. Why we love OKC it is creating an unfair advantage to Oklahoma which they use.

Everyone talks about Bama in the CFB playoffs, but it?s really Oklahoma at the WCWS every year, 30 minutes from their campus. @NCAAsoftball PLEASE let someone else host. A true unfair advantage. https://t.co/M7RCPxEaEP

So, what are some ways to change this format?

The NCAA Should Host the WCWS at Different Sites 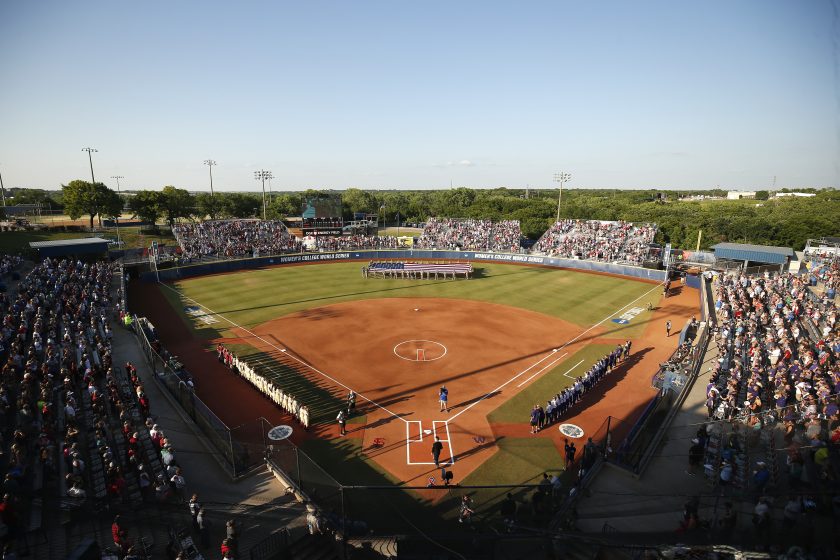 Look, I've seen some pretty awesome softball stadiums. The one I went to every weekend in college -- Florida's Katie Seashole Pressly Stadium -- recently got a facelift not even Hollywood's best plastic surgeon could have pulled off. That stadium, and plenty others around the country, could host the WCWS if the NCAA chose to pursue so.

The problem is that the WCWS will stay in Oklahoma City through at least 2035, according to a 2014 article in The Oklahoman. Oklahoma City wants to be the Omaha of college softball, and it appears they've got that.

"This is what the coaches hoped would happen," Alabama coach Patrick Murphy said at the time in 2014. "There were things that were not as good as they could be, like a bathroom in the dugout. With all the changes, it's going to be better than we ever imagined."

And to his point, college softball and specifically the WCWS is thriving. The 2021 WCWS averaged 1.2 million viewers per game, and in the finals between Oklahoma and FSU that number peaked at 2.2 million, and increase of 37 percent from Game of the 2019 WCWS Finals. The mens' College World Series averaged just 755,000 viewers last year.

Softball's championship tournament is a better product than baseball's, and that's for a number of reasons, one of which is that this stadium has given ESPN the ability to put on a great product for fans at home.

I know the WCWS is here to stay in OKC, but I just don't think that's necessarily the best way to go about it. Every sport save for maybe college baseball rotates their sites -- think the NFL's Super Bowl, for example. Why not move to that type of model?

Part of the beauty in the WCWS is that any team can win it in any given year. But lately, that hasn't felt like the case.

MORE: Jocelyn Alo, College Softball's Home Run Queen, is So Scary Nobody Pitches to Her