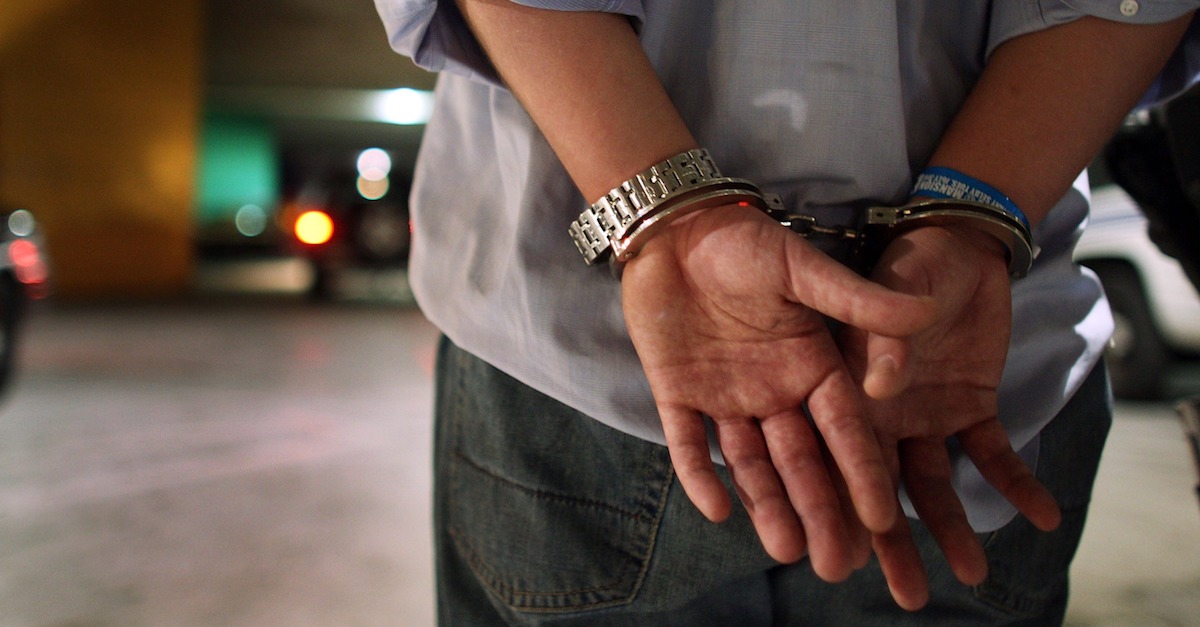 Generally, criminals aren’t known as the sharpest crayons in the package, and that certainly was the case for the vandals who messed with BYU’s cougar statue.

Before BYU’s matchup with Utah — one of the most heated rivalries in college football — the cougar statue was vandalized and marked up with the Utah logo, which, of course, made it quite obvious as to who did it. Sure, it didn’t specifically pinpoint the culprit, but it certainly narrowed down the suspect list to Utah fans or students.

It didn’t take a detective to figure that much out, so it wasn’t surprising that the suspects were caught, literally red-handed. They used Utah red paint to vandalize the cougar, and when police found them they had the red paint all over their hands.

You can’t make this stuff up.

But it gets worse for the vandals, believe it or not, because their stupidity knew no bounds on that fateful day.

The Salt Lake Tribune is now reporting that the four University of Utah students who vandalized the BYU statue actually returned to the scene of the crime to take pictures of themselves and their handiwork.

“However, the students ? two males, 18 and 20, and two females, 18 and 19 ? returned to the scene of the crime to get selfies and other photographs of their artwork and were arrested by police in the early morning hours of Sept. 9, the day of the BYU-Utah football game.

The cops had been told by a witness who viewed the alleged vandalism to be on the lookout for a blue Volkswagen Beetle with Utah license plates and a University of Utah sticker in the upper right rear window.

Officer Carlos Acosta of BYU Police Department wrote after interviewing all four suspects that after leaving a hotel parking lot south of the stadium, the suspects said they wanted to ?check out their work? and drove by the stadium northbound on Canyon Road ?so they could take pictures in front of it.?

These students are obviously amateurs, and that’s perhaps the silver lining in this story — at least for their parents. If they were hardened criminals they’d have known that you never return to the scene of the crime, and if you do — you certainly don’t take selfies at it.

So not only did these four students get caught red-handed but they also went back to the scene of the crime. That’s two huge no-nos for any bad guy (seriously, just watch any Super Hero movie), and they committed both crime faux pass back-to-back.

It’s no wonder they were found out.

If you’re planning on pulling a Oceans 11 anytime soon, stay away from Utah for recruiting purposes.