It's minutes before kickoff. The anticipation is swelling. Fans are chanting. Goosebumps are rising. The home team is about to take the field.

No matter which college football team you cheer for, the purpose of your team's entrance is to make a statement. There's Clemson touching Howard's Rock before running onto the field in Death Valley. Colorado running out with a live buffalo. Michigan jumping up and touching their "Go Blue" banner. Auburn's Eagle Flight. All iconic college football entrances that have been around for decades.

However, the most-hyped filled walk out happens at Lane Stadium in Blacksburg, Virginia. That's right, I'm talking about the Virginia Tech football team taking the field to Metallica's "Enter Sandman".

The History Behind VT & "Enter Sandman" 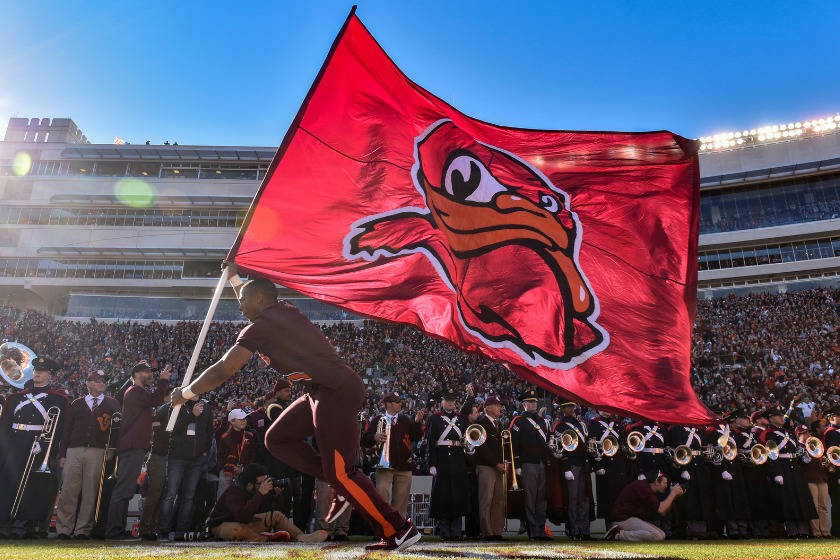 As the sandman entered for the first time, so did a new age of Virginia Tech football. However, the game itself, which was against Georgia Tech, was canceled because of thunderstorms. It wasn't without entertainment, though. "Enter Sandman" was a hit, and ESPN analyst Lee Corso's rental car was struck by lightning. Maybe it's because Corso picked the Yellow Jackets that night.

In last season's home opener against ACC rival North Carolina, nearby seismograph readings campus registered the noise as "Enter Sandman" played. It wasn't technically at the level of an earthquake, but it's suffice to say Hokie fans were LOUD.

Seismograph readings for Blacksburg, VA last night. See if you can spot the Enter Sandman. pic.twitter.com/F0baAKGzKU

Anyway, VT has been using "Enter Sandman" ever since. In 2001, the tradition of students jumping up and down began when a member of the marching band started jumping and everyone around him joined in. The Hokie basketball team also uses it when they take the court at Cassell Coliseum.

Virginia Tech's "Enter Sandman" is relatively new when it comes to college traditions at only 22 years old, but it's established itself as one of the most electric entrances in the country. Lane Stadium is ready for war when Kirk Hammett starts playing the opening riff.