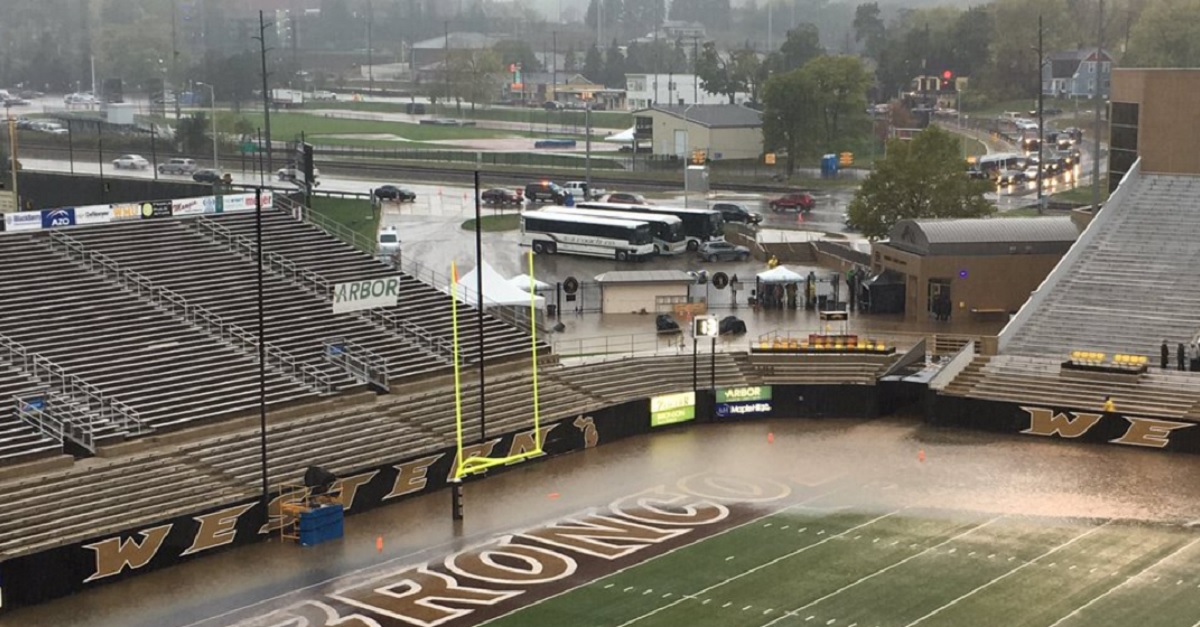 Suffice to say, a submerged endzone isn’t ideal for football.

Western Michigan announced on Saturday that their game against Akron had been postponed to 1:00PM Sunday after rainy conditions did this to their stadium.

Lightning in the area also contributed to the decision to postpone the game.

The Western Michigan and Akron game was not the only game in the Midwest affected by rain on Saturday, as the game between No. 6 TCU and Kansas State in Manhattan, KS was delayed a couple of hours due to lightning. As of press time (6:00PM ET), that game was in another delay after originally expecting to kickoff at noon.