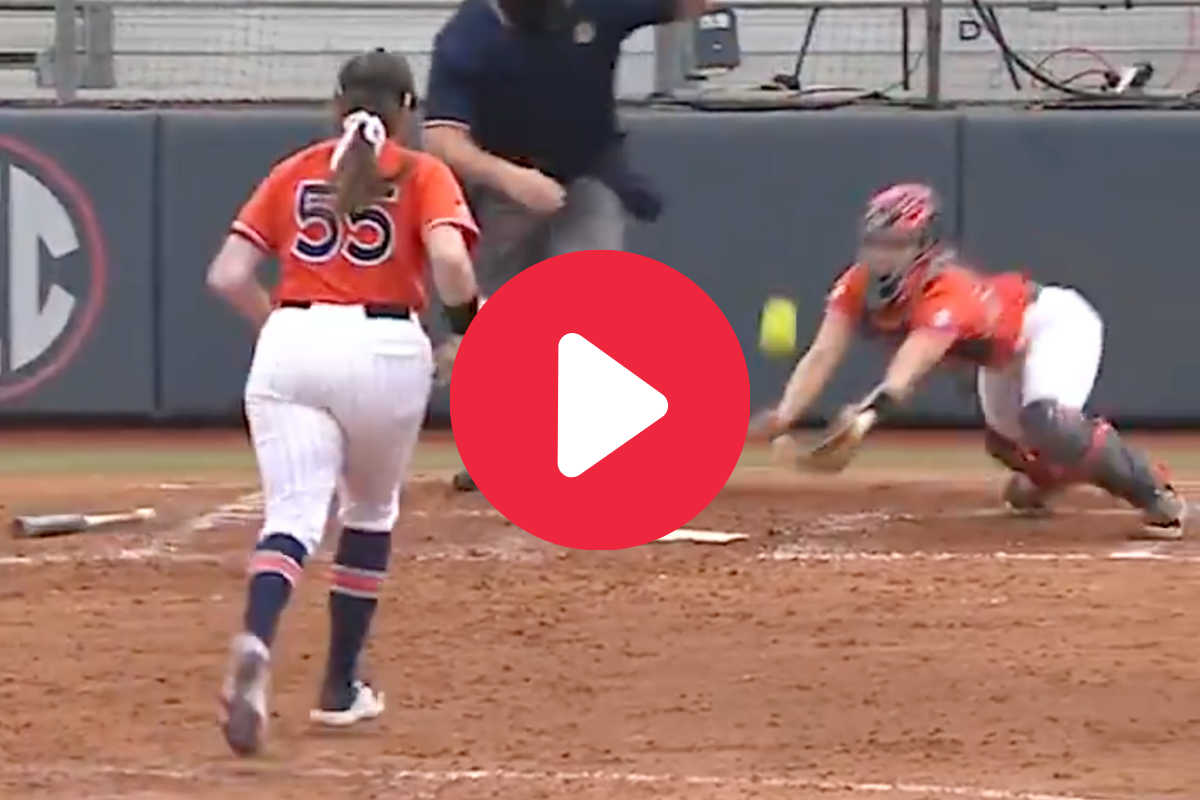 The junior catcher from Silverhill, Alabama routinely blocks drop balls in the dirt, throws out runners trying to steal, and calls all the pitches for her teammates on the mound. There’s no time for picking daisies or drawing in the dirt when you’re an SEC team’s backstop.

As all of Auburn found out over the weekend, Aspyn Godwin has some cat-like reflexes. Don’t even think about bunting on her watch.

Auburn lost its series opener against Ole Miss 1-0 in eight innings on Friday night in Oxford, but Godwin tried all she could to keep the Rebels from scoring.

Nyomi Jones tried laying down a drag bunt to lead off the bottom of the seventh. The ball caught too much air underneath it and gave Godwin just enough time to dive and scoop the ball before it hit the ground.

Godwin acted without hesitation. One false step and she probably doesn’t make the play and rob Jones of a leadoff single.

The play was pivotal because it helped send the game into extra innings. Auburn failed to score in the top of the eighth inning and Ole Miss won on a walk-off single with the bases loaded in the bottom half.

The slugger leads the Tigers in home runs (4) and ranks second in RBIs (17) as the team wraps up conference play before the SEC and NCAA Tournaments.

As long as Auburn’s defense is on its toes the way Aspyn Godwin was against Ole Miss, Auburn should have no problem limiting opposing teams from pushing across runs.