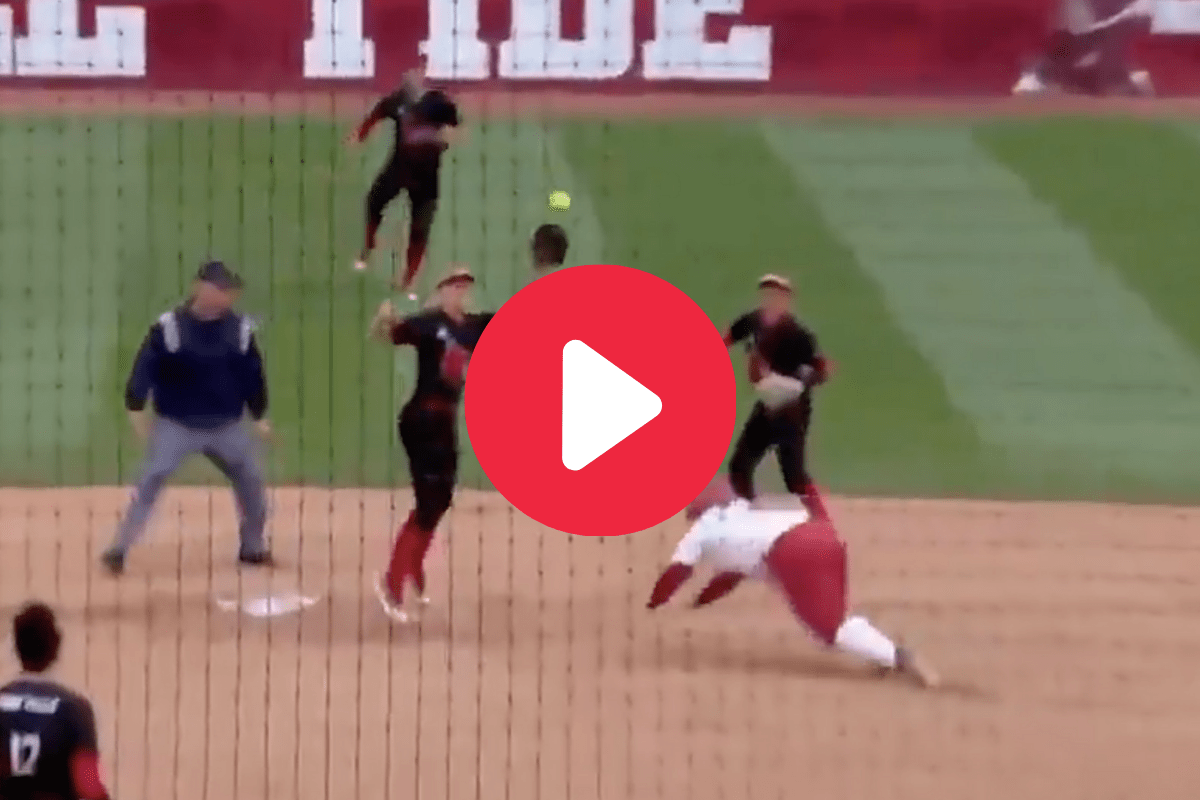 Alabama power hitter Bailey Hemphill is used to rounding the bases at her own pace. The slugger closing in on the Crimson Tide career record for home runs, who once clubbed 26 long balls in 2019, isn’t the one opposing catchers would ever expect to steal second base.

That’s exactly why when she does take off for a steal, she usually swipes the bag.

The only problem? She doesn’t always make it look pretty, but that’s perfectly fine.

Alabama fans have grown accustomed to Bailey Hemphill sending dingers over the fence at Rhoads Stadium. What they’re not used to seeing is Hemphill showing off her wheels.

In a game against Louisville last season, Hemphill took off for second and nearly scraped her face against the dirt while sliding in safely. She was just lucky she didn’t stop short of the base. I hope somebody went to check on the dirt to make sure it was OK after that rocky slide.

I’m not sure if that was a blown hit-and-run or a delayed steal. Either way, it worked. Sort of.

After the game, Bailey had some fun with her Rickey Henderson-like skills.

Even the announcers calling the game couldn’t help but laugh watching Bailey tumble into second.

“Something you don’t see every day,” one said.

That was only the sixth stolen base of Hemphill’s collegiate career. She was a perfect 3-for-3 in 2017, added another in 2019 and stole two bases in 2020. She’s only been thrown out twice in eight attempts.

Bailey Hemphill is one of the best hitters and sluggers in college softball. She’s already set records in Tuscaloosa and continues to amaze fans of the SEC powerhouse.

If she can perfect her base-stealing craft, no defense will be safe.