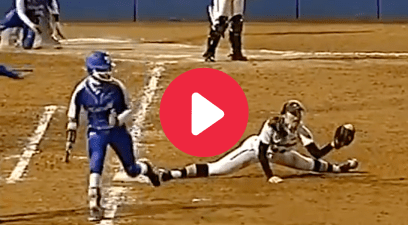 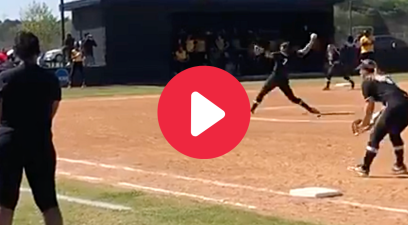 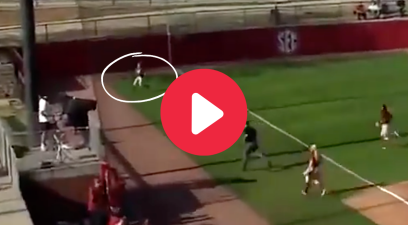 Haylie McCleney is the greatest player in Alabama softball history, and I’ll debate that ’til I die (sorry, Kelly Kretschman).

Not once did the star outfielder hit below .436 in a season donning the crimson and white. She left her name all over the record book and still holds program career marks like highest batting average (.447), on-base percentage (.569) and walks (199).

Alabama has only ever had two three-time First-Team All-Americans, and (you guessed it) one of them is McCleney. The other is pitcher Jackie Traina, who won a national championship in 2012.

McCleney would leave Tuscaloosa known for her bat, but her glove took Alabama fans’ breath away constantly.

Alabama needed a strong performance in the opening game of the NCAA Tournament at the Tuscaloosa Regional, and McCleney stepped up in a big way to help the cause.

In the second inning, she laid out for an incredible diving catch that robbed a SIUE hitter of extra bases. McCleney’s catch was as textbook as textbook gets, and it drove fans inside Rhoads Stadium nuts.

McCleney emerged with a wide smile. That grin was replayed over and over on ESPN’s SportsCenter Top 10. You might say it was one “Hayl” of a catch.

The Crimson Tide rolled past SIUE that night, 13-3. McCleney added two hits in the win and extended her hitting streak to 14 games at the time. Bama later advanced to NCAA Super Regionals and the Women’s College World Series, where they lost the championship to Florida.

McCleney continued impressing fans after her Alabama career. She was selected to play for Team USA in the 2020 Olympics before it was scrapped. Now, she’s playing for Athletes Unlimited, where she’s still covering center field and laying out for balls.

MORE: Alabama Found Its Ace, And She May Be The Next Jennie Finch