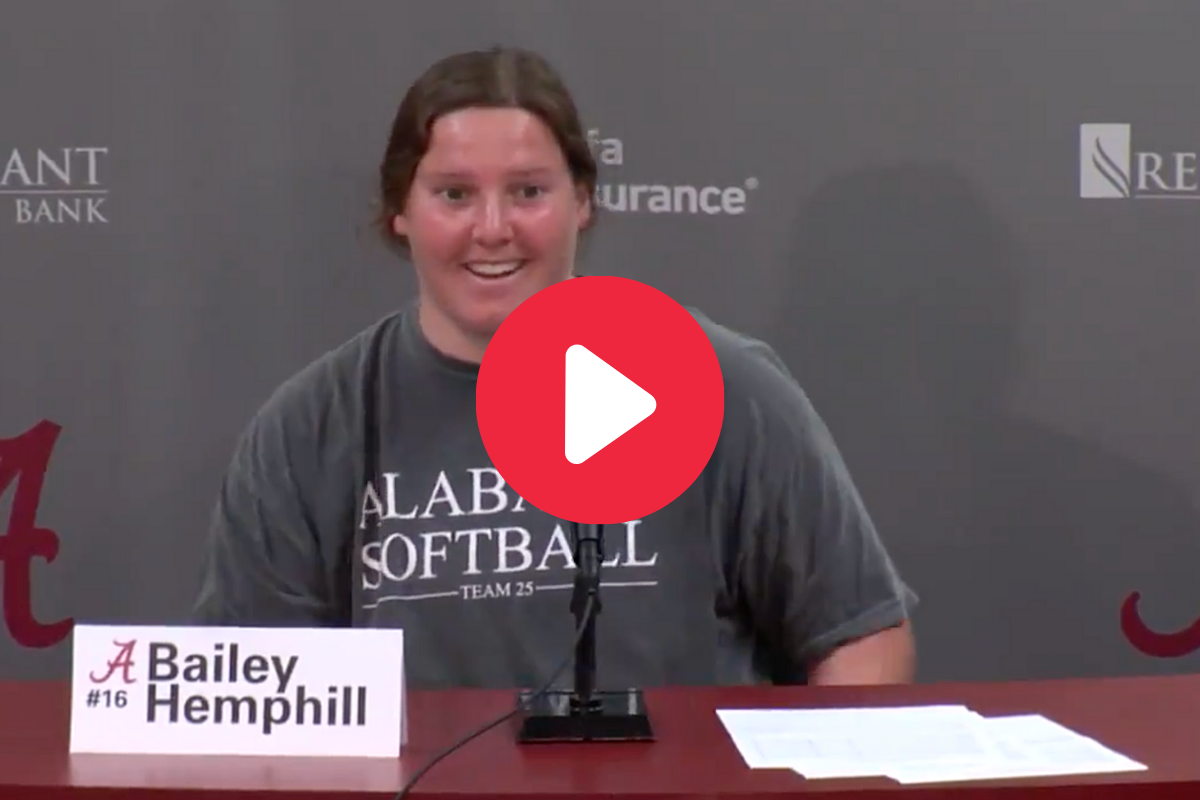 Bailey Hemphill is already one of the greatest softball players in Alabama Crimson Tide history. She earned that title probably a season or two ago and deserves her own statue at this point.

Hemphill already owns the best offensive season in program history, back when she clobbered 26 home runs and 84 RBIs in 2019. She’s been steadily climbing Alabama’s all-time leaderboards in categories like home runs, RBIs and walks, and is all but certain to own two of those records when she’s finished in Tuscaloosa.

Alabama’s fearsome slugger may not have ever worn the crimson and white if not for head coach Patrick Murphy’s belief and commitment to her.

A reminder to young hitters, an 0-for-4 day with a coach watching isn't the end of your recruitment😅#Team25 #RollTide pic.twitter.com/rRZGZHhq9J

RELATED: Alabama Found Its Ace, And She May Be The Next Jennie Finch

Hemphill told the story of the time Murphy came to see her play when she was in eighth grade. The middle schooler must’ve felt the pressure, because she went hitless in four at-bats and struck out in each one.

“My coach told me that Murph was at the game and I’m pretty sure I went 0-for-4 with four strikeouts,” she recalled. “My coach was like, ‘he liked what he saw!’ I was like, ‘what did he see? I didn’t see anything. That wasn’t very good.'”

Murphy must’ve saw her mighty hacks and decided he was a fan of Hemphill.

Murphy must have definitely liked what he saw there, because he made Hemphill part of his program. She led the team in home runs and RBIs as a freshman in 2017.

“They just continued watching me,” she said. “They stuck with me, and I’m happy that they did.”

I’d say it’s Alabama softball that should be happy it stuck with Bailey Hemphill.