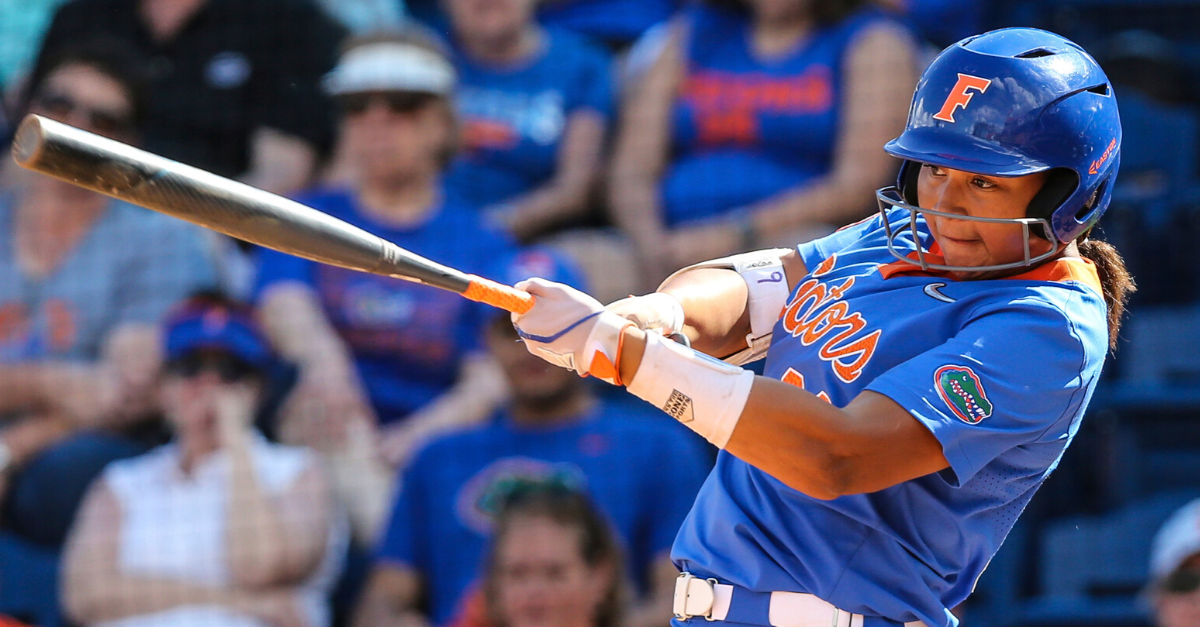 Editor’s Update: The 2020 softball season was canceled due to the spread of COVID-19 and coronavirus outbreak. Florida finished the shortened season with a 23-4 record.

Florida Gators softball managed just a 12-12 record in conference play last season, as head coach Tim Walton’s roster dropped series against top-10 teams LSU and Alabama. After stumbling in their final regular season series and losing two of three to unranked Mississippi State, the Gators needed to bear down and dig deep as the six-seed heading into the SEC Tournament.

Senior Kelly Barnhill, as the three-time NFCA All-American had been throughout her career, was lights out. UF won four games in four days, avenged those LSU and Alabama losses by beating them both, and Barnhill was named tournament MVP as UF claimed back-to-back SEC Tournament titles. The Gators swept the NCAA Regional in Gainesville, beat Tennessee in the NCAA Super Regionals, and advanced to the program’s third-straight Women’s College World Series.

Despite dropping two WCWS games to Oklahoma State and Alabama, UF closed on fire, finished the year 49-18 overall, and the Gators were rightfully named the No. 2 college softball program of the decade.

Coming into the 2020 season, don’t expect the University of Florida softball team to slow down.

Losing Barnhill and four-time All-American Amanda Lorenz ? they were selected first and second overall, respectively, in the 2019 NPF Draft ? leaves massive shoes to fill, but the pieces are in place for UF softball to pick up right where they left off.

As long as the sun rises in the East, junior Hannah Adams will be starting a second base — Since arriving in Gainesville and making the SEC All-Defensive Team as a freshman in 2018, Adams has started every single game at second.

Pair a seasoned roster with six incoming recruits ? Avery Goelz, Emily Wilkie, Haley Pittman, Kali Reis, Katie Kistler and Savannah Serrata ? all of whom were named All-State in high school? Yeah, Florida’s ready to compete with everyone and anyone who walks into Katie Seashole Pressly Stadium.

Gator Nation You Are AMAZING 🐊