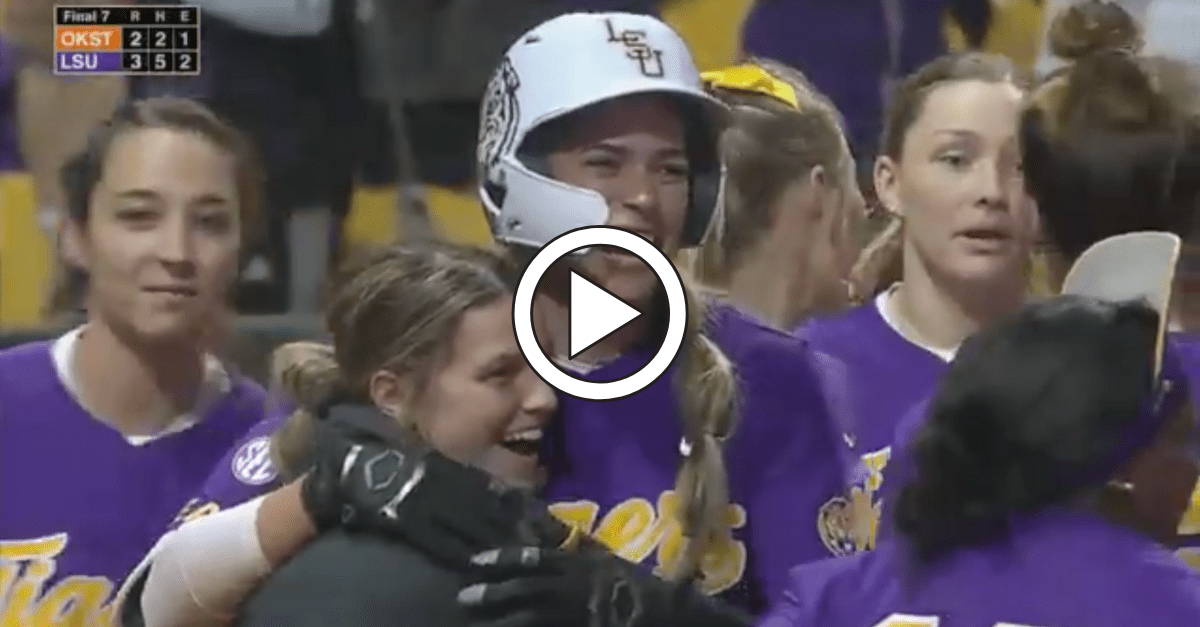 LSU softball may not have any national championships under its belt (football is king there, for now), but don’t let that stop you from cherishing the Tigers. Head coach Beth Torina consistently trots out one of the best squads in the Southeastern Conference, and this year is no different.

The Tigers boast two preseason All-Americans in Shelbi Sunseri and Aliyah Andrews and were the preseason No. 11 team behind fellow SEC teams No. 1 Alabama and No. 7 Florida. They kicked off the 2020 season with a win over Central Arkansas and four wins in the Tiger Classic, including two victories over No. 13 Oklahoma State.

A 5-0 record is great and all, but did you really think the Tigers didn’t showcase any magic during their opening weekend at Tiger Park in Baton Rouge? While they threw a no-hitter against Florida A&M on Sunday and scored 15 runs in one inning against FAMU in the same game, I’m talking about what transpired the night before.

The freshman infielder is taking over shortstop this season. She’s not just a glove-first player, though. While she received her first taste of collegiate softball over the past week, she also hit her first home run on Saturday night against Oklahoma State.

Oh, and it was a walk-off home run.

Pucker up and kiss it goodbye! 😘

Taylor Pleasants' first career home run is a walk off to lift No. 11 LSU past No. 13 Oklahoma State, 3-2.#NCAASoftball | 🎥 @LSUsoftball pic.twitter.com/VJseDYwmIX

Pleasants launched a 2-2 offering from Cowgirls pitcher Kelly Maxwell into the Louisiana night sky and called game. In just her fourth game in an LSU jersey, Pleasants became the hero as LSU beat Oklahoma State, 3-2.

LSU tied the game at two apiece the inning before thanks to a walk from Taylor Tidwell and a Ciara Briggs double that plated her. Then, it was showtime for Taylor Pleasants.

“That was actually my first walk off ever so for it to be my first college home run ever it is rally insane,” she told LSUSports.com after the game.

Pleasants’ game-winning home run wasn’t just lightning in a bottle, either. She’s off to a scorching hot start. Through her first five games, Pleasants is 9-for-13 (.692) with two doubles, one homer, four RBIs and zero strikeouts.

So, just who is this budding freshman making waves for the LSU Tigers?

Born in Houston, Texas, the 6-foot infielder raked at J. Frank Dobie High School. She hit .600 with 16 doubles, six triples and eight home runs as a senior en route to being named a First Team All-District infielder for the fourth time in her high school career.

Pleasants actually first went on her first visit to LSU to rule the school out of her recruiting process. Torina, however, told WBRZ.com she was not aware of that. Regardless, the high school star wound up falling in love with the school.

She committed to LSU softball and has a chance to be the program’s next great hitter. Bailey Landry, Bianka Bell and Sahvanna Jaquish are all former All-Americans that come to mind.

Pleasants’ walk-off homer and hot start to her career could be indicative of something much more in Baton Rouge.