Billie Andrews has big-time power. The type of power that if the NCAA hosted a home run derby, only a few players -- including Oklahoma's Jocelyn Alo -- could challenge her.

There isn't a college softball derby (there should be), but attend any Nebraska Cornhuskers softball and you'll have a front-row seat to a seemingly nightly one in Lincoln.

The coolest part about Billie Andrews and her incredible season? One of her biggest fans is her teammate that shares her DNA. 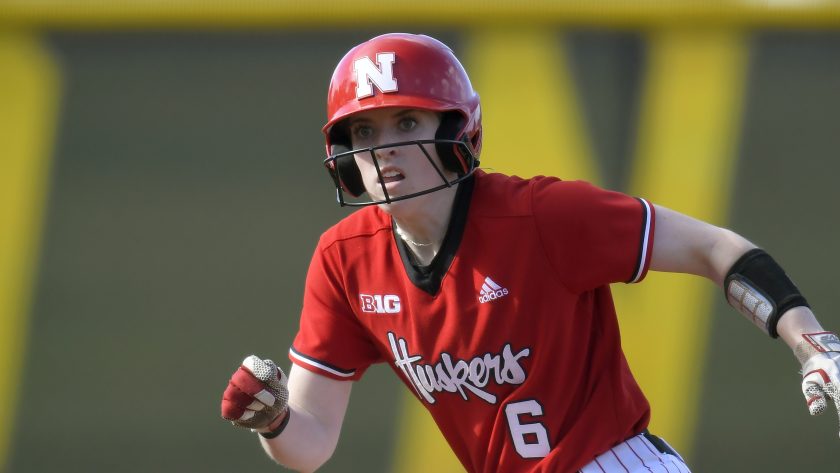 RELATED: Jocelyn Alo, College Softball's Home Run Queen, is So Scary Nobody Pitches to Her

Entering Monday, the Nebraska shortstop ranked tied for third in the country with 18 home runs. Only Alo and Wichita State's Addison Barnard have more, and I'm not sure they have the type of opposite-field power that Andrews does.

The 5-foot-8 sophomore slugger is a bonafide star. She just doesn't get the same exposure that girls in, say, the SEC do. Nebraska isn't even ranked inside the top 25 despite a sparkling 33-9 record this season.

Just take a look at this five-game stretch Andres put together from late February to early March:

That's called being locked in.

BILLIE HITS A BOMB ?@billieandrews sends her 18th HR this season over the RF fence!

The Gretna, Nebraska native came to Lincoln in part because she'd be able to join her sister on the left side of the infield.

What's cooler than holding down shortstop for a Big Ten softball program? How about doing it while your sister also plays the field with you?

Billie's older sister, Brooke Andrews, plays right field for the Cornhuskers. She played some third base last season, and the two produced one of the more awesome moments you'll see.

#NCAASoftball Plays of the Week ?

Nebraska was playing Maryland when a line drive bounced high off of Brooke's glove at third base. In a flash, Billie lunged and dove behind her to catch the ricocheted ball for the out.

Husker softball will need plays like that, and power from Billie, if it wants to play in the Women's College World Series in June.

Besides the obvious team goals, there are also the records. Billie Andrews has plenty of time to break Nebraska's single-season home run record, which currently stands at 22. That should be no problem for a woman as powerful as she is.