Blizzard Entertainment is creating its very own eSports arena 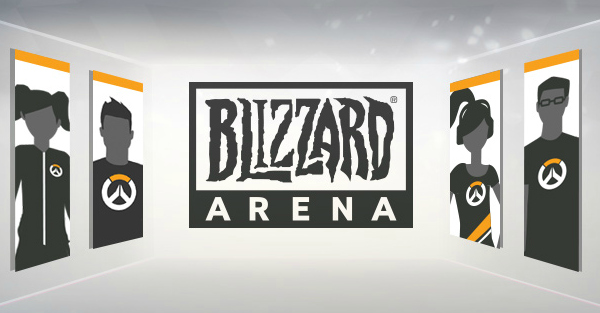 Blizzard is no small name in the competitive world of eSports. StarCraft II, Overwatch, Hearthstone, Heroes of the Storm, and even World of Warcraft have all had some sort of competitive scene (some more than others), and it?s no coincidence that they?ve all been developed by the same studio. Blizzard?s far from unaware of the significance their products have played in eSports, either; the studio?s recent creation of the Overwatch League is well-documented, both for the standard it sets for other studios and for the effect it?s had on the game?s already-existing teams.

According to a recent announcement, Blizzard?s far from backing off of its own handiwork. The studio today revealed that it would be developing its very own competitive arena in preparation for the Overwatch League.

?Throughout history, the fields where great sports competitions take place develop a story and history of their own. They become the backdrop for breakthrough moments, heroic triumphs, and deepest heartbreaks. Arenas and stadiums are not just for the players, though. For fans, whether they travel once a season or every week, these locations become a second home. It?s where they meet up with their friends, spend time with their families, and celebrate being part of a larger community with a shared passion.?

The arena will play host to the League?s inaugural season, in which over 450 people will be able to find seating for spectating competitive matches. Spectator boxes for special guests will also be available, while other facility features include player practice areas, lounges, and even offices. In addition to the above standard extensions, Blizzard?s arena will house its very own store, from which spectators can purchase official merchandise.

The debut for the arena will take place on October 7, when the Overwatch Contenders Season One Playoffs will be taking place. Following matches will decide the final participants of an eventual live event, in which the top four teams from North America and Europe will compete over a $100,00 prize.

For information about ticket pricing and availability, check out the full post, where a variety of social media links are available about the League and its Contenders.