Blizzard teases next hero for Overwatch 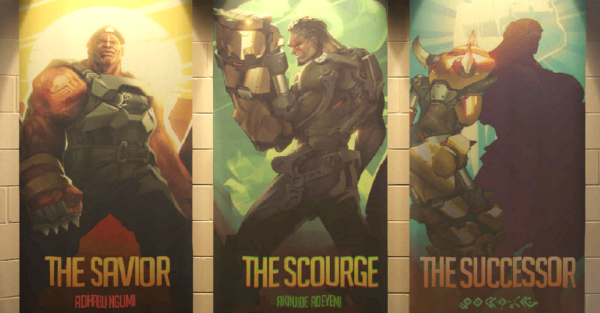 In a post on the studio?s official website, Blizzard has released a lore-related teaser for Overwatch?s long-awaited ?hero?, the villainous Doomfist. The post, which is authored by the in-universe Times of Numbani, details a major breach at a high-security prison.

?Information and details of what happened were scarce as has been any news from the installation, said to be a prison for the world?s most dangerous threats. However, after recent events in Numbani, it can now be confirmed that what occurred was an attack by the Talon organization with the express purpose of freeing one man: Akande Ogundimu, better known as Doomfist.?

The character Doomfist has been teased before; the very first trailer for the game featured two members of the shadowy Talon organization attempting to steal the mysterious figure?s signature gauntlet before being driven off by two members of Overwatch ? with the help of a couple of kids, of course.

Since his initial namedrop Blizzard has been almost playful regarding Doomfist, littering references and hints towards the villain sporadically alongside content updates. After a community-driven movement to have the character be voiced by Terry Crews, a picture of the actor at Blizzard?s development studio was released over Twitter.

The teaser continues to describe the lore-embedded incident:

?After escaping from the facility, Helix lost track of Ogundimu until he resurfaced in Numbani, where he clashed with the newly introduced OR15 defense robots at the Adawe International Terminal, easily destroying them and reclaiming the Doomfist.?

For those not in the know, the above paragraph is referencing the shattered remains of several OR15 robots littering the entrance of the Numbani assault/escort map, which made their first appearance following the hero Orisa?s arrival into the game.