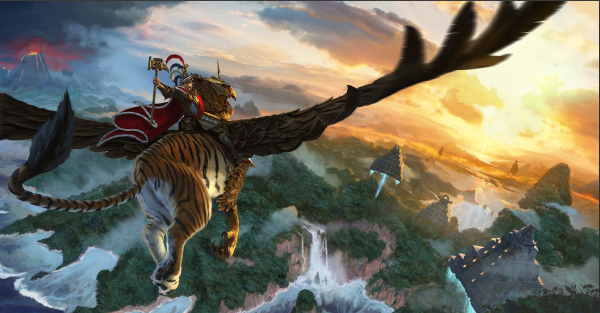 As one of the most ambitious projects ever announced from the studio, Creative Assembly’s plan to merge three separate Total War: Warhammer games into one massive campaign has generated more excitement than what is probably reasonable. Fans of both the Total War franchise and the original Games Workshop tabletop game have come together in anticipating the release with glee.

Yet, if the free update “Mortal Empires” is indicative of things to come, then fans may want to curb their enthusiasm. Since its release last Thursday, players have expressed their disappointment en masse over the game’s SubReddit, which the weekend following launch was near full of criticisms directed both at the update and those developers responsible for it.

It seems that, while Total War: Warhammer 2 received a huge update designed to both fix the majority of bugs and issues facing the game alongside the Mortal Empires patch, the update in question only brought with it more problems. Despite previous promises that the developers had been “playtesting the sh*t out of every one of the 35 factions,” the campaign itself seems unbalanced and – to an extent – unplayable.

For starters, the arrival of “The Doom Tide” as pictured above seems to have escaped playtesting – an assumption only made because of the ludicrous nature of it. The Chaos hordes, which were designed to be the end-game threat, now attack from multiple parts of the world as promised. Unfortunately, their ire seems directed solely at the player; they start off at war with whatever faction the player controls and seem determined to ignore the rest of the world – which is only too happy to respond in kind.

Without an official declaration of war, the player’s allies don’t join in to help with the invasion, meaning that anyone who makes it that far will be left to fend off a dozen different armies all attacking together. This is made worse by the newly bugged nature of the Total War diplomacy system. Previously friendly or indifferent factions are suddenly joining wars against the player, whilst proudly ignoring any previous diplomatic requests, no matter how favorable.

The above issues have resulted in the perfect storm; enemy factions arbitrarily joining forces with the supposed bringers of the End Times have created an all-but-unbeatable campaign on all but the easiest difficulty. The unbalanced nature to Mortal Empires has caused more than a few players to speculate whether or not the update was released too soon – or if it was even the right build at all.

Creative Assembly has yet to release a public statement on the matter, though one representative did respond to one of the aforementioned complaint threads, stating that, “Hi guys. Totally understand that this is a big issue. We’re definitely aware of it, and I’m passing on this thread as well to hopefully emphasize the importance.”