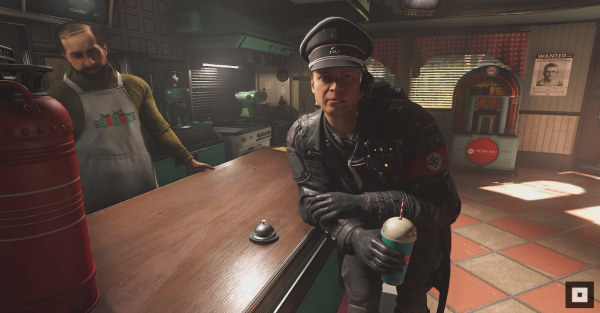 In an announcement during Bethesda?s E3 presentation, the studio revealed the development of its much-rumored upcoming sequel, Wolfenstein II: The New Colossus ? and it looks every bit as awesome as the original.

The developers provided a follow-up video released over Bethesda?s YouTube media channel, where they provided additional insight into the decisions that went into crafting the story of The New Colossus. Check it out below:

When designing a narrative that revolves around the events of a Nazi-run world, it?s easy to fall through the cracks of entertainment and produce content that is at its best inconsiderate and at its worst blatantly offensive. From their commentary in the video above however, it?s clear that the developers of Wolfenstein have paid careful consideration into crafting a product that is respectful both to history and to the players. Jens Matthies, the Creative Director over at Machine Games, explained the mentality behind this, stating that:

?What I love about making Wolfenstein games is that we?ve been given this amazing freedom to do things that are absolutely fearless from a story perspective, but we get to do it in a way where you as a player can be 100% invested and respected.

We?re not dumbing things down. We do a lot of dumb things, but that?s because they?re fun. It?s never done in a way that?s disrespectful to the world or the environment or the characters or the player.

We feel like this is the best story we?ve ever made.?

The closing comments seem in reference to the at-times slightly whacky nature of Wolfenstein: The New Order, which despite taking place in Nazi-occupied Europe still manages to include humorous elements ? like sending the player to the Moon.

Acade Berg, one of The New Colossus? Senior Game Designers, elaborated on the studio?s motivation for bringing Wolfenstein?s story to the United States:

?We?ve been in Europe, we?ve seen what happened. Now we?re taking it to America. And you get to see that brutal Nazi version of the American diner, of the parade, and it?s such a fun theme to explore both as a developer and as a player.?

There?s certainly something to be said for a change of scenery. The last game in the series had a lot of environmental variety, despite the Nazi?s love affair with grey monolithic buildings. Between waking up in an asylum, breaking into a prison, boarding a German U-boat, and walking on the bottom of the ocean ? Wolfenstein: The New Order had little trouble in keeping things interesting, and there?s no reason to expect its sequel to be anything less than that.