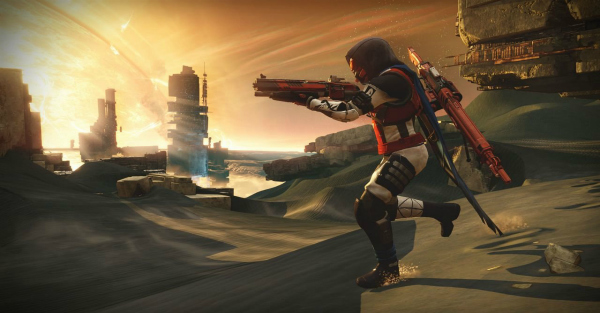 It?s been a particularly dry summer with regards to multiplayer video games. Besides PlayerUnknown?s Battlegrounds and Overwatch, there hasn?t really been all that much to play cooperatively alongside your friends lately. So, when the news that Destiny 2 would be arriving on the PC as well as consoles this time hit the gaming community, players were understandably a little more interested than usual. The first game was, after all, marketed heavily for its player-versus-environment (PvE) component, which allowed players to join up with their friends and run entertaining (if occasionally unrewarding) missions.

And by ?details,? we of course mean, ?advertises.? Everything shown in the above trailer was either available in the console Beta events as well (which concluded in mid-July) or has already been detailed in previous media releases. Even the starting date for the PC Beta has been available for several weeks already, though the confirmation about an uncapped frame rate is nice to hear at least.

Still, it is pretty exciting to have a game like Destiny 2 finally hitting the PC market. There?s no other games really like it out there, after all, and as mentioned previously the multiplayer scene certainly needs something to shake things up.

Destiny 2?s open Beta event will begin on Tuesday, August 29 and will run until Thursday, August 30, while players who pre-order will have access 24 hours earlier. The event will include the game?s first story mission, a cooperative strike, and the competitive multiplayer ?crucible? mode.