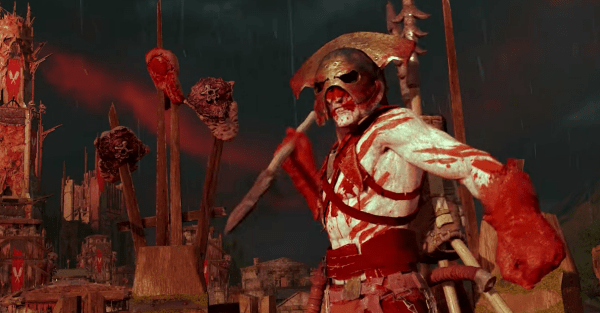 Middle-earth: Shadow of War enjoyed a moderate amount of popularity when it launched in early October. Despite a significant level of controversy surrounding the game at release due to the development team?s decision to integrate loot boxes, Shadow of War nonetheless performed relatively well for critics and players alike; the title earned positive reviews from most media outlets and today sits at a comfortable 7/10 Steam score.

As a reward to those players who genuinely enjoyed the experience and might be hoping for more, the Shadow of War developers today announced the release dates for the game?s upcoming DLC packs. The four main expansions ? the Slaughter and Outlaw Tribes, Blade of Galadriel, and Desolation of Mordor packs ? are joined by an additional five free updates set to launch in the coming weeks.

Arriving on this date will be the previously-detailed Slaughter Tribe expansion, which introduces a bloody-minded tribe to the game alongside their own fortresses, Legendary gear, and upgrade challenges. Also launching for free on the 21st are the Endless Siege mode ? in which players must defend their own fortresses from Sauron?s unending forces ? and Rebellion, which forces Talion to seek out and crush disloyal orcs within his own forces.

As has become popular in recent RPGs, Shadow of War is getting its own Enhanced Photo Mode as well on this date. The new tool allows players to ?capture every battle and siege and apply new filters, frames, and textures.?

Starting on the 5th of December, players will be able to challenge one another?s Orc followers via the free Online Fight Pits update in order to earn powerful rewards and upgrades to their weapons and gear.

Shadow of War?s second expansion launches in the form of the Outlaw Tribe, which in a similar style to the previous pack introduces a new tribe complete with its own unique fortresses, missions, and Legendary gear. Then, there?s the free Brutal Difficulty update that features (as you can probably guess) an optional higher tier of difficulty for players who found the original gameplay just a bit too easy.

Additional, as-of-yet unannounced free updates are due in the future alongside the Blade of Galadriel and Desolation of Mordor story expansions, which are set to release in February and May, respectively. For more information on the game, feel free to browse our selection of previous articles regarding Middle-earth: Shadow of War, or follow the developers over Twitter @shadowofwargame.