New DLC is crash landing in Darkest Dungeon this Spring 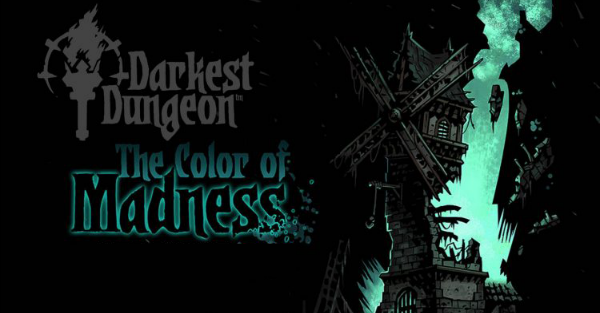 Darkest Dungeon?s last DLC, The Crimson Court, arrived back in June as an expansion for the hit dungeon crawler, and while it certainly took things up a notch in terms of difficulty, the developers seem all too prepared to offer additional challenges to the game. Red Hook Studios recently announced the second major expansion for Darkest Dungeon, The Color of Madness, and for all appearances it seems as though things aren?t getting any easier.

While The Crimson Court introduced a new, plague-ridden faction for players to contend with, the developers seem to have opted for a more? otherworldly foe in The Color of Madness. Specifically, aliens have appeared within the player?s estate following an apparent crash landing. The player will have to fend off both the extraterrestrial invaders as well as those residents of the hamlet unfortunate enough to have witnessed the crash ? for a blinding light seems to have caused irreversible damage to their mental health, creating yet another new challenge that must be faced.

Features confirmed for The Color of Madness include:

While the following months would bring a series of balance updates to the game, the reputation remained; Darkest Dungeon would forever be considered the Dark Souls of the dungeon crawler genre, and only those with immense patience and a high tolerance for failure could ever hope to complete the game.

The Color of Madness is currently scheduled to launch sometime in the Spring of 2018. Additional announcements include the arrival of The Shieldbreaker DLC for the PS4 and PS Vita around this time tomorrow, as well as a confirmation that all DLC would be available when the game eventually  releases for the Switch.