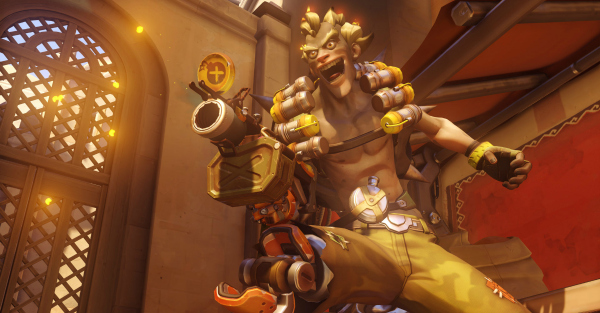 The upcoming changes to Overwatch’s Mercy and D.Va heroes have been the source of heated debate for many players since their arrival to the game’s public test realm servers last week. The changes, which heavily revamp the two heroes’ core abilities, will fundamentally alter the way they’re played and, as such, the role they take in competitive gameplay. It might be because of the significance of these changes that they’ve been left out of Blizzard’s most recent update for Overwatch.

Instead, the sizable patch will bring the highly-anticipated Deathmatch and Team Deathmatch game modes, numerous minor changes to both existing heroes and competitive play, and a wealth of bug fixes and performance improvements.

Overwatch has always been a team-based game with an emphasis on working together to overcome the enemy, which is perhaps why these new game modes will only be appearing in Arcade. They follow fairly traditional archetypes, too; in Deathmatch, eight players compete to be the first to earn 20 points. One point is awarded for defeating an enemy, while one is subtracted for committing suicide via environmental damage or their own weapons.

Team Deathmatch, meanwhile, follows similar rules with two exceptions: Players are now on two teams of four players each, and the objective is now 30 points. If a player is killed and then resurrected by Mercy, the point awarded to the enemy team will then be deducted to account for this.

The two game modes will take place on a variety of existing maps, including:

There’s also an entirely new one called “Château Guillard,” which is described as a large estate previously owned by Widowmaker’s late family.

The previously announced changes to competitive play have now come into effect. Competitive seasons will now only last two months instead of three, while control maps will be handled via a best-of-3 mode rather than best-of-5. This also means more competitive points for each victory, a reduced skill rating decay, and a couple of minor changes to how matchmaking works for higher-rated players.

For an in-depth summary of all of the changes included in this Overwatch update, check out the full developer post on the battle.net forums.