Overwatch’s latest hero is now fully playable on the PTR 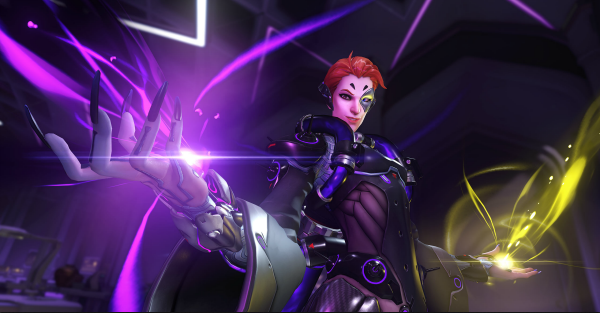 This year’s BlizzCon rocked the gaming community with some pretty heavy hitters. Between the announcement of World of Warcraft: Classic, the same MMO’s next expansion, Battle for Azeroth, and the reveal that StarCraft II would be soon going free-to-play, the audience had every reason to walk away grinning. Yet for many, the most important presentations had less to do with Blizzard’s older titles and more to do with Overwatch, the studio’s hit first-person shooter that, as of this past Friday, has added yet another hero to the game’s playable roster.

RELATED: Monday Recap: Everything that happened at this year’s BlizzCon

Moira O’Deorain is described as being “as brilliant as she is ambitious” by the game’s development team. The Irish villain has been designed as an evil counterpart to Overwatch’s cast of otherwise altruistic healers; her abilities can heal her teammates or damage her enemies, depending on who gets caught in their effect – and now, Moira’s fully playable for the first time over the game’s Public Test Realm (PTR) server.

According to the official Overwatch website, the latest PTR patch has added the villainous healer to the playable roster. Players interested in giving Moira a go can download the PTR through Blizzard’s Battle.net client, though as is the case with all test servers, no progress is kept when returning to the actual game. The PTR is also only available for PC players, meaning that console fans will have to wait until Moira’s official release before trying her out.

Like all heroes, Moira has three primary abilities and one ultimate, with which she can turn the tide of the battle. Check out the full descriptions below:

Biotic Orb: Moira launches a rebounding biotic sphere; she can choose between a regeneration effect that heals the allies it passes through, or a decay effect that deals damage to enemies.

Coalescence: Moira channels a long-range beam that both heals allies and bypasses barriers to damage her enemies.

For a full summary of Moira’s abilities as well as her shady past, check out the full description of the character over her page on the Overwatch website. Feel free to follow the developers over Twitter @PlayOverwatch for future updates regarding the game – and if you haven’t already seen it, Moira’s announcement trailer can be viewed below: