Update for PlayerUnknown’s Battlegrounds adds first-person only servers, camera improvements, and much more 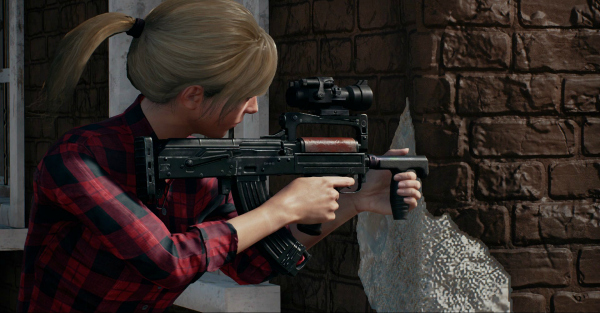 PlayerUnknown?s Battlegrounds has officially become more than just another flavor-of-the-month survival/battle royale knock-off; earlier this week the game finally passed Fallout 4 in becoming the most-player video game on Steam, and not long before that it was revealed that PUBG had sold over 5 million copies in five months.

Of course, this success can be attributed to a number of factors, not the least of which is Bluehole Studio?s dedication to providing consistent bug fixes and feature updates to the game. The most recent of these patches was applied today, and brought the highly-demanded first-person only functionality to its servers.

RELATED: First-person only mode is coming to PlayerUnknown?s Battlegrounds

Along with this optional forced-perspective came a number of improvements to first-person mode in general. There?s now an FOV (field-of-view) slider, which should limit feelings of nausea and headaches from the otherwise-narrow vision, and a fix to prevent dizziness while looting.

A lot of you have been asking about the FOV range in 1st person view, so here is a comparison of min/max FOV coming in our monthly update… pic.twitter.com/toq4San1IH

The actual patch notes include details about an impressive number of fixes and additions to the game. There?s a couple of general server and client optimizations, including patches to improve memory usage and general vehicle physics, as well as an optimized terrain rendering system. A new Mk14 EBR marksman rifle has also been added, although the gun can only be obtained from carepackages.

An extensive list containing information about PUBG?s latest update is available below. Feel free to follow the developers on Twitter for future updates about the game, or visit the official PlayerUnknown?s Battlegrounds website for access to community forums, development news, and more.