Rockstar announces L.A. Noire port for the PS4, Xbox One, and Switch 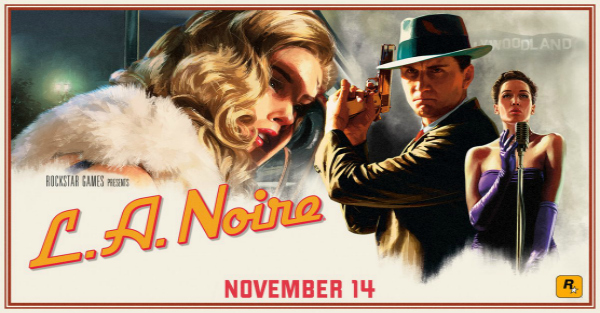 In a recent announcement over the studio’s Twitter account, Rockstar Entertainment (Grand Theft Auto, Red Dead Redemption) revealed that its hit 2011 detective game L.A. Noire would soon be coming to the PlayStation 4, Xbox One, and Nintendo Switch.

As stated in the above Tweet, Rockstar also made mention of L.A. Noire: The VR Case Files, a set of seven missions available to play through in virtual reality via the HTC Vive. This marks the studio’s first foray into the VR market, and while there have been no details yet as to how the product will be developed, the news is nonetheless good for VR headset owners in need of fresh content.

The Nintendo Switch version, meanwhile, will feature the full L.A. Noire experience complete with all of the game’s original downloadable content, as well as a series of additional features including “a Joy-Con mode with gyroscopic, gesture-based controls, HD rumble and new wide and over-the-shoulder camera angles, plus contextual touch screen controls.”

Other consoles will receive a similar variety of enhancements, with both the PlayStation 4 and Xbox One also seeing the full package containing the original game and all DLC. In addition to this, L.A. Noire be enhanced “for greater visual fidelity and authenticity” with “enhanced lighting and clouds, new cinematic camera angles, high resolution textures and more.” This version also boasts a 4K resolution that “captures the grit and crime of the City of Angels like never before.”

This isn’t the first time Rockstar’s touched up a former release in preparation for its arrival in new territories. Grand Theft Auto 5, when it was initially ported over for the PC and upgraded consoles a year after its release, received a wealth of improved graphical options, more vehicles, an increased online player cap, and – easily the most popular addition – first-person mode, a first for the franchise.

L.A. Noire is planned to arrive on the PS4, Xbox One, and Nintendo Switch on November 14. You can find more information on the recently-updated page for the game on Rockstar’s official website, or by following the studio’s blog, Newswire.