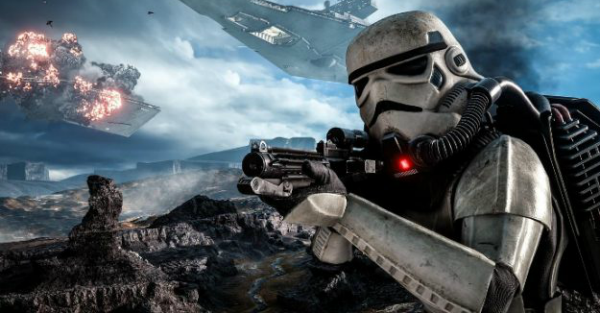 Despite widespread controversy over Electronic Arts? (EA) handling of the Star Wars IP, developer support of Star Wars: Battlefront 2 is proceeding as normally following the game?s full launch last Friday. The studio?s first patch arrived this morning in fact, and provides no small number of tweaks and fixes to some of the shooter?s more glaring issues.

For starters, multiple problems regarding player and vehicle spawning have been addressed; Tatooine spawns have been ?tweaked,? while the time between waves on the Strike game mode has been reduced from 10 seconds down to 5. Similarly, Armored Assault Tanks (AAT) will no longer spawn underneath Multi-Troop Transport (MTT) vehicles during Galactic Assault matches, and players attempting to deploy inside an All-Terrain Recon Transport (AT-RT) on Hoth will now actually do so.

In addition to many more bug fixes, issues regarding the player?s HUD and UI have also been patched. Attempting to aim down the sights of a weapon will now no longer fail to properly hide HUD elements during the campaign, while certain elements on the HUD will begin updating correctly during Strike. Text should no longer overlap while opening Crates or examining the descriptions of Star Card Traits, as well.

Star Wars: Battlefront 2 has undergone a significant level of scrutiny from the gaming community over the last two weeks. Following the discovery that unlocking heroes in the game could require as many as 40 hours of gameplay, numerous websites and forums on the Internet joined together in criticizing EA for its apparently greedy design choices, eventually resulting in an investigation by the Belgian Gaming Commission and a boycott that has seemingly reduced sales by 60% of the first installment.

Check out the patch notes below for a more in-depth summary of today?s changes, or check out the official post from the developers over the Battlefront website.