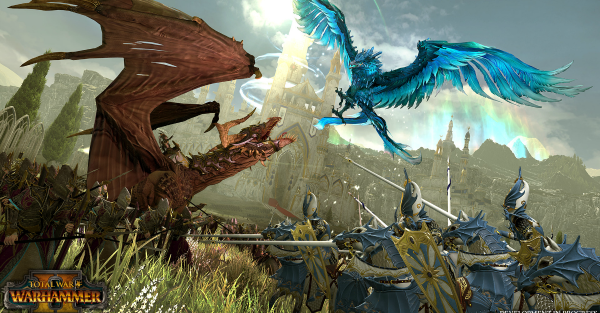 Total War: Warhammer 2 launched this past week, and while the game has so far earned a very positive reception among reviewers and players alike, many fans of the series are still waiting for another type of launch that typically follows shortly afterwards. By this, of course, we’re referring to the modding scene, which has always been very active in the Total War community in introducing new units and mechanics, balancing out unpopular or unnecessary gameplay elements, and generally increasing the longevity of the title long past its release.

According to a recent Tweet from the official Total War Twitter account, the wait won’t be for much longer. The Steam Workshop is set to go live for Warhammer 2 this Thursday, exactly one week after the title’s launch.

Eager to get involved with the Steam Workshop for Total War: WARHAMMER II? It will be live on Thursday – check back here for further updates

This announcement is all the more exciting due to previous comments from the development team, which suggested that the process of updating mods for the sequel would be “relatively straightforward.” This means that many of the community-provided mods from the first installment could appear on the Steam Workshop for Warhammer 2 as early as Friday – or even by the end of the night.

Modding has been a huge part of the Total War franchise since its inception, with additions and changes to the game ranging from a couple more skill points for your chosen lord to the famous Lord of the Rings-themed mod pack for Medieval 2. Some, like the immensely popular “Steel Faith,” will even completely overhaul the game with rebalanced units and campaign effects, while the “Grand Campaign Custom Maps” performs the service of replacing all of the old battle maps with new, community-designed substitutions.

The Steam Workshop isn’t the only upcoming addition that has people excited; the “Mortal Empires” campaign, a massive, optional mode that will combine both the maps of Warhammer and Warhammer 2 along with all of their races, is set to release in the coming weeks. This, as well as a handful of other free content updates, were teased shortly before release.

Total War: Warhammer 2 is available for the PC for $59.99 via the official website or through the store page on Steam. For more information regarding the game, feel free to browse our collection of previous articles on the subject.