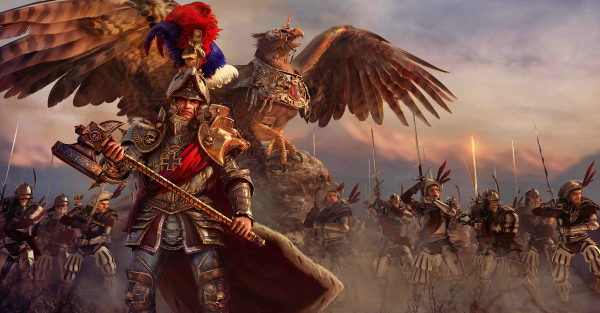 Total War: Warhammer’s final downloadable content (DLC) pack launches today both as an optional purchase and as a pre-order bonus for the game’s sequel, Warhammer 2. The pack will open up access to the adversarial, barbarous Norsca tribes of the far north of the Old World, who have been completely revamped with a wealth of new units, campaign mechanics, and legendary lords. In addition to this DLC, the developers over at Creative Assembly (CA) recently released a trailer detailing “The Foundation Update,” a series of changes and additions to the original factions of Warhammer that, hopefully, should bring them up to scratch with the game’s many fancier and more recent playable races.

It’s never been more clear how attentive CA is to the studio’s fans. Many of these fixes have addressed the community’s most vocal and repetitive complaints, such as concerns over the Empire’s uncharacteristically frail nature when controlled by the AI and the extremely tedious nature of the Chaos Warriors campaign. Others, too, have introduced sweeping updates to more minor but nonetheless problematic issues. Heinrich Kemmler, for example, has been significantly buffed to bring his powers more in line with the Vampire Counts’ other legendary lords, while Balthazar Gelt has seen similar increases to his abilities.

The changes can be seen below, or by visiting the full post on CA’s blog.

The Warriors of Chaos

Despite being the ultimate “bad guys” of the Warhammer universe, playing as the Warriors of Chaos in Total War has always felt like a total slog. Due to slow replenishment times and hindered campaign movement, it can take ages before the Norsca tribes are subdued and Archaon can finally begin leading his crusade against the Old World. A number of changes have been introduced to address this issue and generally streamline the Chaos experience.

In addition to buffs to the faction’s legendary lords, the Empire will now start with the entirety of its home province under control (when controlled by the AI). Players starting as the Empire will still be expected to bring Reikland under the Emperor’s dominion once more. This is to address the issues of survivability that plagued the AI when controlling the Empire; previously, the faction would often fail to completely conquer its entire province and would quickly fall to hordes of Orks, Wood Elves, Vampires, Beastment, and – if they somehow managed to survive all of the former – would be consumed by the hordes of Chaos when the nightmarish warriors finally traveled south.

Both the Wood Elves and Argylon factions have finally been gifted a legion of followers with which legendary lords, generals, and agents can equip themselves. These followers, similarly to those of the other factions, embolden their leaders with buffs to their strength, both individually and militarily. Although details weren’t immediately revealed about all of them, one follower in particular gave Orion additional armor at the cost of 10% campaign movement range.

CA has also updated leaders from each of the original starting factions in Total War: Warhammer with a variety of distinct traits and skills to choose from. To see these changes in full, check out the full post on the official Total War website.

Total War: Warhammer 2 launches on September 28 for the PC. Sign up for Total War Access to gain the free 30 additional regiments of renown in both Warhammer and in the combined campaign map in Warhammer 2.