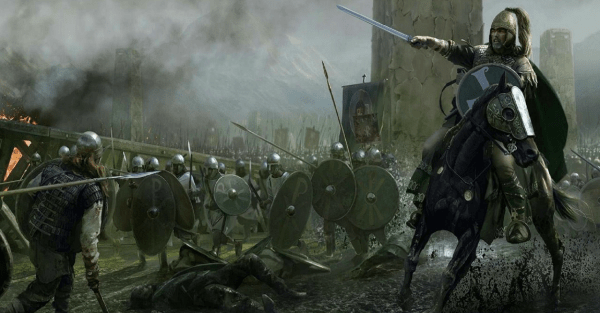 The announcement of Total War: Warhammer 2 earlier this year received as much of a warm welcome as one could expect in a previously historical franchise. While the majority of viewers responded with enthusiasm, there was nevertheless an outcry of disappointment from fans already too eager for the Total War series to depart the fantasy genre. Luckily for them, Creative Assembly would later confirm the creation of spin-off historical series Total War: Saga in addition to the development of another, as-of-yet unannounced major title set in “a new era we haven’t visited yet.”

Today, the developers revealed new information on these titles. According to a blog post over the studio’s official website, a new expansion is in the works for one of Creative Assembly’s older historical games. Given the pattern of previous releases, this is almost certainly referring to either Attila or Rome II, which launched in 2015 and 2013, respectively.

Other details were scarce regarding the project, though the developer did note that it’s “probably the biggest one CA’s done.”

Meanwhile, the development of the first Total War: Saga installment is still under way and is due sometime after the aforementioned expansion. An official announcement regarding the title is due “relatively soon,” with few other defining details readily available. The post did offer a more involved description of the game, however:

“The idea is to take those flashpoints of history that make for great geo-political set-ups for TW games, but are more focused in scale than a new tentpole Era game. Doesn’t make them ‘small’ though, we’re working on a campaign map that’s the size of Shogun 2. And that focus allows us to create greater depth too. A tighter focus means a higher resolution of detail.”

Total War: Shogun 2 is an earlier title from back in 2011 that, despite focusing entirely on the setting of feudal Japan, is still one of the highest-rated products from the studio. It’s understandable, given this success, for the developers to direct resources towards an entire series that follows the same design philosophy.

As for the setting, the developer goes on to state that the first Saga title is intended to be “an extension or magnification” or a previously-released game, much like how Fall of the Samurai was designed for Shogun 2. He also offered the vague teaser, “Beware the crow,” which fans on the Total War SubReddit have already suggested could refer to the Irish Goddess of Death.

The rest of the interview is dedicated to details regarding the development of the next full historical title, which is set in “a brand new era” the series has never visited before. Evidently the team is currently working on motion capture with “a much more ambitious approach” than previously implemented in other projects, while the rest of the game is beginning to wrap up smoothly.

Last but not least, a fix for the recently-covered Mortal Empires controversy is in development that will address the Chaos invasion bug “some people” are having. Also on its way are both the Foundation and Norsca updates, which will bring a complete overhaul to the original factions while also re-introducing the Norscan playable race for owners of the DLC.