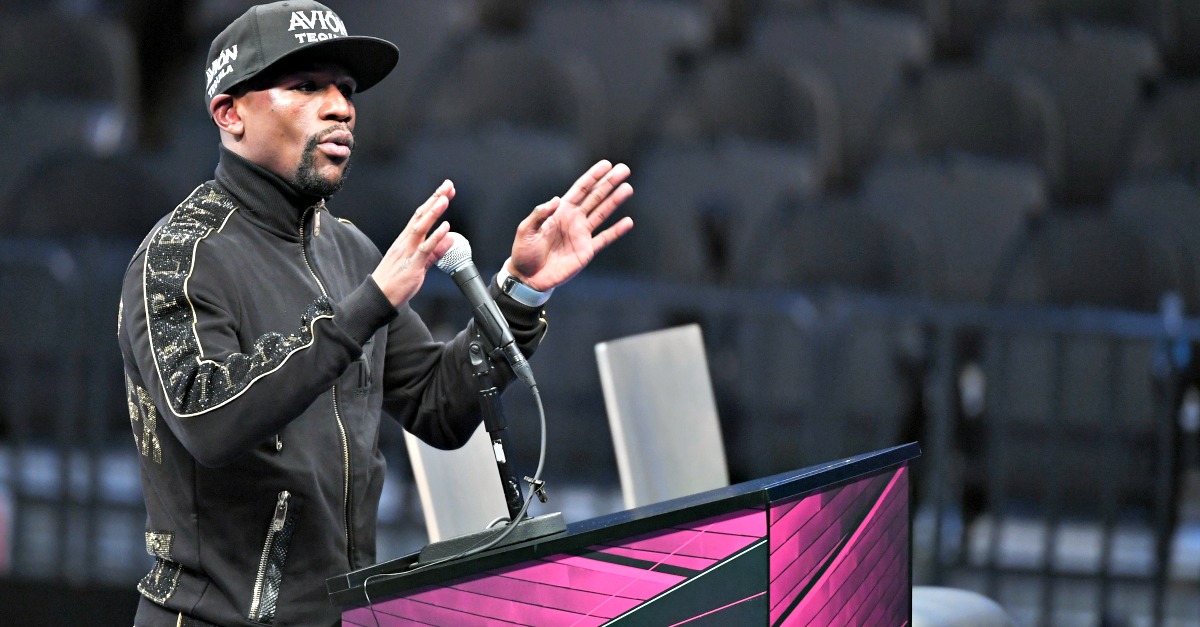 Floyd Mayweather was so confident he would win his mega fight against UFC champ Conor McGregor that he wanted to put down a massive bet — on himself.

But, according to ESPN, the La Vegas Sports books wouldn’t let him. Here’s what happened, ESPN said, quoting sources:

Mayweather walked into the sportsbook at the M Resort and and wanted to place a $400,000 bet that the fight would end in under 9.5 rounds at -200 odds. But the sportsbook refused the bet, worried about the legality of a fighter betting in himself on anything other than a straight win.

Mayweather wanted to bet on himself to win by knockout, but he left after he was forced to wait.

After the fight, Mayweather, as per the New  York  Post, said he gave money to “his guys” to make the under 9,5 rounds bet — a bet that he won because the referee stopped the fight with one minute and five seconds of the 10th round.