Parents Fight Each Other Over Calls By 13-Year-Old Umpire 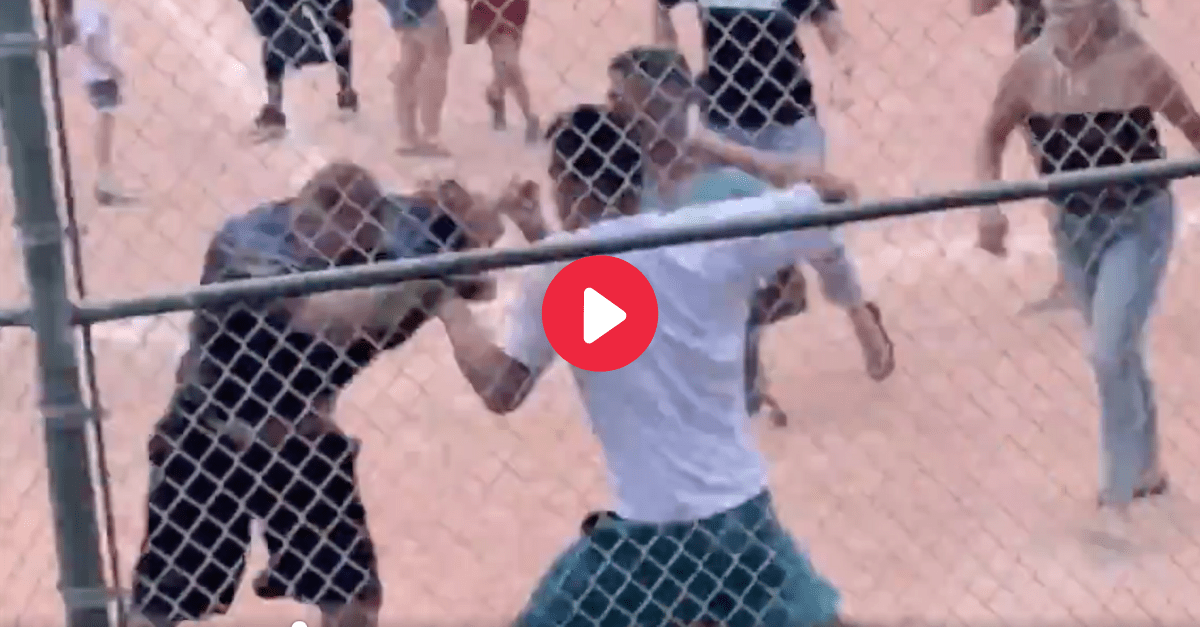 Back in 1988, DJ Jazzy Jeff and The Fresh Prince released the rap song ?Parent?s Just Don?t Understand? and it was smash hit. Will Smith knew the older generation didn?t get their kids. Fast forward over 30 years and that unfortunately still rings true today.

Time and time again, no matter the sport or the age, parents somehow find a way to mess up the innocence of a youth sporting event by fighting each other. A little league baseball game in a Denver suburb back in June 2019 was simply the latest example.

At Westgate Elementary School in Lakewood, on a beautiful Saturday afternoon, a group of 15-20 adults exchanged blows, all because they disagreed with the call being made by a 13-year-old umpire.

It got so ugly that Lakewood Police were called to the scene.

These adults took over the field and began assaulting each other on 6/15 during a youth baseball game. We're looking for any info, in particular to ID the man in the white shirt/teal shorts. Several people have already been cited in this fight and injuries were reported. pic.twitter.com/ieenhwCrbU

RELATED: Texas Tee-Ball Brawl Spills Onto Field, So One Parent Grabs a Bat

According to ABC News, police issued four citations for disorderly conduct and are still looking for more parents involved in the fight during a 7-year-olds? baseball game.

?These adults took over the field and began assaulting each other on 6/15 during a youth baseball game. We?re looking for any info, in particular to ID the man in the white shirt/teal shorts. Several people have already been cited in this fight and injuries were reported.?

A couple of responsibilities as a parent include supporting your child and setting a good example. And on this day, every single person involved in this fight completely failed at parenting.

Throwing haymakers, sucker punches, pushing people down and climbing on other people?s backs on baseball fields is ridiculous in general. The fact the all-out brawl happened because someone didn?t like the calls from a teenage umpire trying to make some money in the summer is even worse.

A little more than week after the disgusting fight a little league baseball game, the Lakewood Police Department in Colorado cracked down and cited a dozen people.

Immediately after the fight, police issued four citations for disorderly conduct. That number tripled to 12, which includes 11 adults and one 16-year-old teenager, according to the Associated Press.

As a result, a group of 7-year-olds couldn’t play baseball because their parents got into a stupid fight.

This post was originally published on June 19, 2019 before updating.

MORE: Batter Throws Bat At Pitcher After Getting Plunked