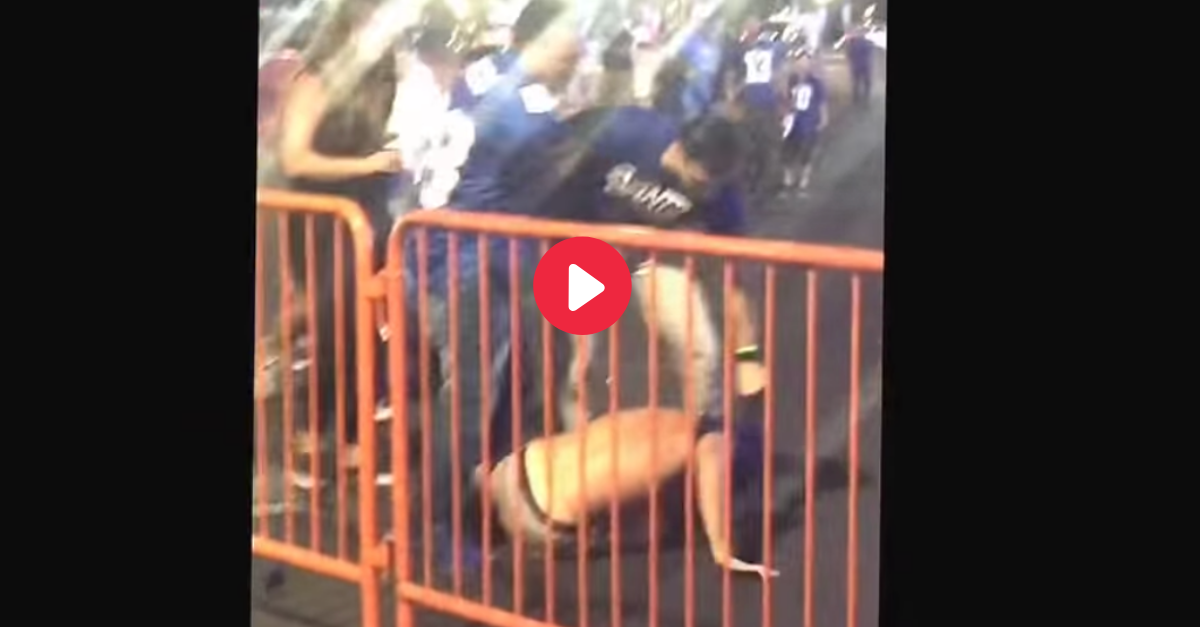 Things got heated after the New York Giants and New England Patriots played in their final preseason game back in 2016.

A video from BroBible shows a group of Giants fans engaging a couple of Patriots fans after the game, with the Giants fans appearing to engage one fan in particular. The scuffles break out at the beginning of the video, and it appears to be over not long after. However, the fight breaks out again, including one Giants fan dragging a Patriots fan across the ground as people around the brawl trying to break it up.

Tensions getting this hot on a preseason game? Yeah, that’s not good.

Giants and Patriots Fans Fight Each Other