Professional golfer Collin Morikawa may only be 25 years old, but it's clear he has a bright future on the PGA Tour.

The Los Angeles, California native has five PGA Tour wins under his belt to date, including The Open Championship in 2021, when he defeated Jordan Spieth by two strokes. He'll look to add to his trophy collection at the 2022 US Open, as he fights off the likes of Jon Rahm and Rory McIlroy.

While he's at the height of his game right now, he's had the support of his fiancèe Katherine Zhu throughout his entire professional career.

Katherine Zhu and Koa the Doodle 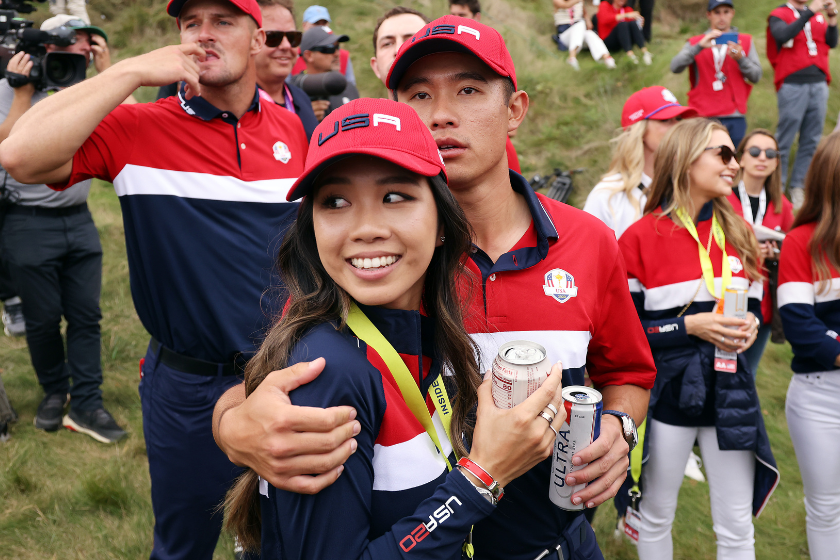 Collin Morikawa met his then-girlfriend Katherine Zhu in college and has been by his side since.

While Morikawa was playing college golf at UC Berkeley, Zhu was an excellent golfer in her own right at Pepperdine University. She was a WGCA All-American scholar with a scoring average of 75.60 as a senior.

These days, Zhu, who was born in Vancouver, British Columbia and attended the Zhuji Hailiang Private High School in China, can often be seen on or around the golf course with Morikawa. She has even helped out her star then-boyfriend as his caddie.

Morikawa admitted that Zhu loves to compete with him, claiming she beats him in "70 percent of our chipping competitions."

The happy couple frequently post pics together on social media, and Kat has built a solid following on Instagram. Her account @katherinezhuu has amassed nearly 50,000 followers.

Collin popped the question on November 30, 2021, to which Kat responded with a resounding "Yes!" Longtime girlfriend to fiancée in a matter of seconds! But the pair have already been prepping for a life together, especially after introducing the world to their Golden Doodle named Koa.

We cannot recommend following Koa's Instagram enough. Whether he is on a private jet flying to see his dad play golf or just goofing around with mom, Koa is one of the most photogenic dogs you'll find on the app. Seriously. If Derek Zoolander were a dog, he'd be Koa. Blue Steele and squeaky toys for days. 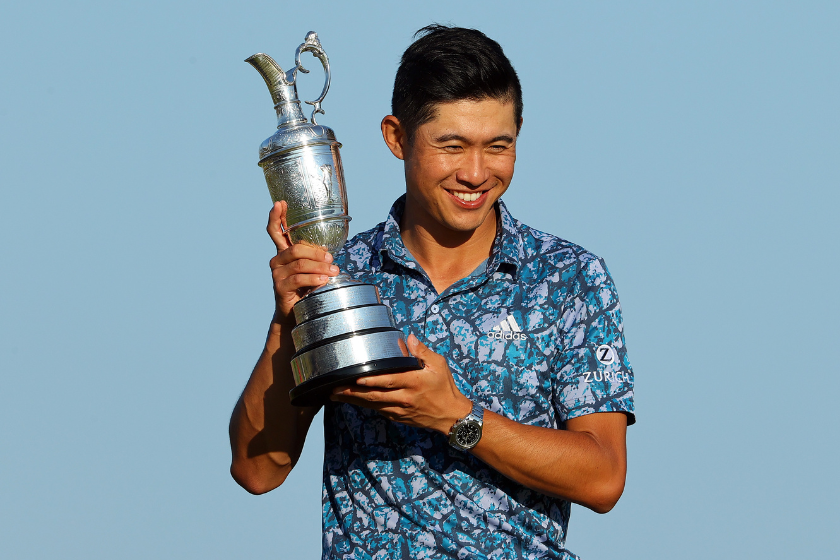 Collin Morikawa began his career with a bang by making 22 consecutive cuts, just three shy of the record for a career debut since Tiger Woods joined the PGA Tour.

He nabbed his first win on the PGA Tour in 2019 when he took home the top prize at the Barracuda Championship. He added two more wins to his resume in 2020, including his first major victory at the PGA Championship at TPC Harding Park in San Francisco.

The PGA Champ's win wasn't without an awkward moment, however. When the 23-year-old lifted the Wanamaker Trophy, the lid of the trophy fell off.

Morikawa was part of a seven-way tie heading into the final round at the 2020 PGA Championship but out-dueled the likes of Dustin Johnson and Paul Casey to earn his major victory.

Morikawa got off to a strong start in 2021, earning a win at the Workday Championship in Florida in February.

MORE: What Exactly is LIV Golf and Why Is It So Controversial?