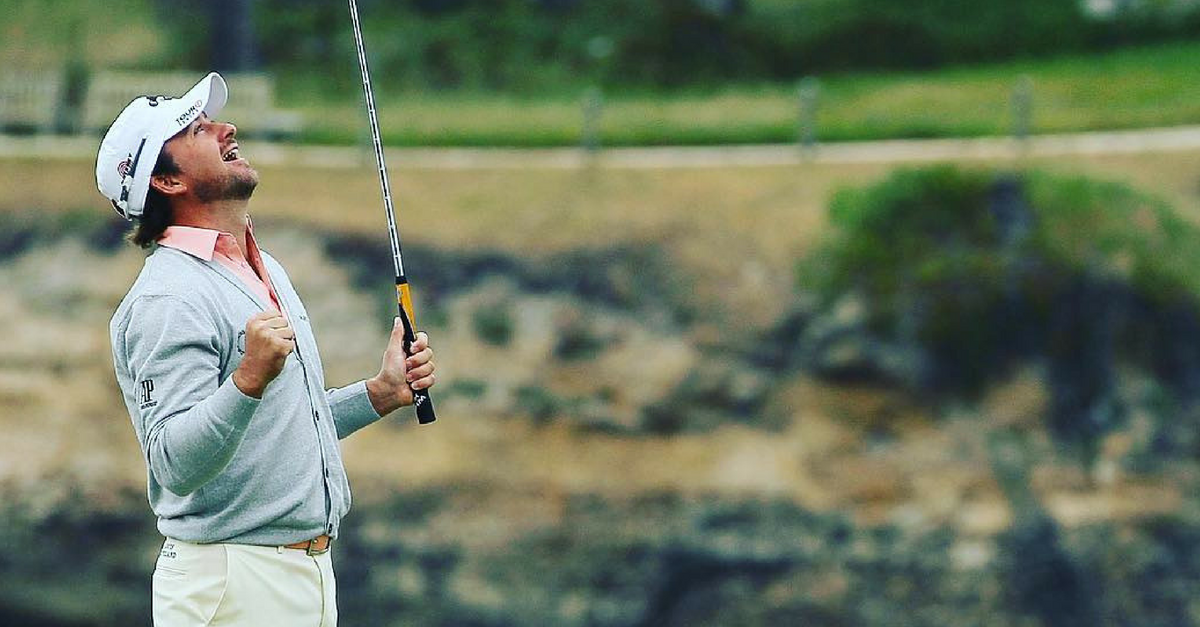 Losing a bag after a long flight is every traveler’s nightmare. You’re in Nashville, but your bag could either still in Seattle, or lost in a black hole. Now, you’re forced to buy clothes, call airline customer service every hour until you get an answer, then wait even longer for them to deliver you personal effects. For Graeme McDowell, AirFrance could have lost his clothes, just don’t lose his golf clubs.

Following a 3-over, T-37th finish at the HNA Open De France, McDowell headed for Manchester, England, and a British Open qualifier at St Anne’s Old Links, in seemingly good spirits.

Enjoyed my week as always at @hnaopendefrance. Game continues to trend in right direction. Just too many mistakes on a penal set up this week.

Early in the morning, McDowell took to Twitter to break the news of his lost clubs. In a series of tweets, the Northern Ireland native expressed every weary traveler’s frustrations with airlines and lost baggage:

Need assistance from @airfrance. Flew into Manchester last night from CDG and my golf clubs are untraceable. I have a 36 qualifier tomorrow for @TheOpen and really need my bag. Thanks in advance. #help

Clubs still not on way from Paris. Established that they are in the black hole known as CDG. @airfrance and @AirFranceUK have been very quiet on Twitter lately so no communication. Looking doubtful I will participate tomorrow @TheOpen qualifier.

Terrible time of the year for holiday makers losing bags. I’m certainly not any more important than the next person who has lost a bag, just happens to impact my livelihood this week. Customer service is so frustrating in this case for everyone.

Finally, 12 hours after arriving in England, the verdict seemed inevitable, but McDowell was forced to withdraw from the qualifying event:

I have officially withdrawn from @TheOpen qualifying tomorrow at St Anne’s Old Links. I cannot give 100% without my own equipment which has been mishandled by @AirFrance and must turn my attention to @DDFIrishOpen this weekend. Thanks for all the support.

The withdrawal doesn’t exactly disqualify McDowell, currently 46th this season on the European Tour in terms of earnings, from a spot at The Open Championship July 19-22nd at Carnoustie Golf Links in Angus, Scotland. If McDowell can finish in the Top-3 at either the DDF Irish Open this weekend or the Scottish Open the following weekend, he’ll earn a spot in the 2018 British Open.

Graeme McDowell is best known for his 2010 win at the U.S. Open at Pebble Beach, the first time in 40 years a European won the title; fellow countryman Rory McIlroy won the event the following year. It was one of three career PGA Tour victories for McDowell. Arguably his best shot was a five-foot putt in the final round that sealed Team Europe’s 2010 Ryder Cup title.

‘G-Mac’ posted his best British Open finish in 2012, when he finished fifth.

Thanks for getting the job done guys. Appreciate the assist. https://t.co/MZwyIb6HWY

After Thursday’s opening round, McDowell is 1-under through at the DDF Irish Open, four shots off the lead.