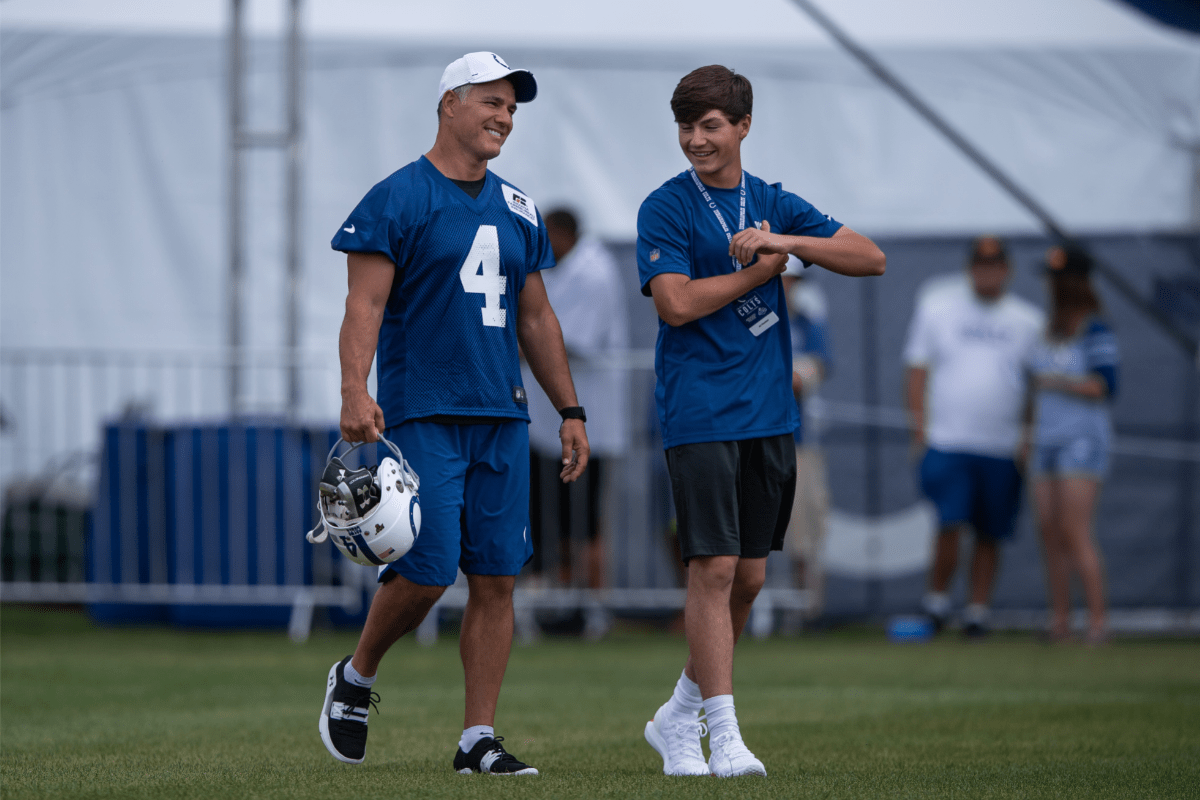 Adam Vinatieri is one of the best kickers in NFL history. Spending his career with the New England Patriots and Indianapolis Colts, he was a four-time Super Bowl champion and will enter the Hall of Fame as soon as he’s eligible.

The former kicker was feared for his regular-season consistency as much as his reliability in the playoffs. Who could forget the South Dakota State alum’s incredible kick in blizzard conditions against the Oakland Raiders in the 2001 AFC Divisional round? Or his game-winning kick against “The Greatest Show on Turf” St. Louis Rams in Super Bowl XXXVI.

With 599 field goals and 874 extra points, he’s the league’s all-time leading scorer not to mention the holder of the NFL record for most field goals in the postseason and the leg behind 29 game-winning kicks.

When you’re debating National Football League kicker rankings, Vinatieri is most certainly at the top. the three-time First-Team All-Pro member was as vital an asset to a football team as any linebacker, tight end or wide receiver, no matter if he was kicking the point after a touchdown or a clutch kick at Lucas Oil Stadium.

Vinatieri, who is 49, has a son who plays football as well. AJ Vinatieri is starting to make a name for himself at the high school level, and it’s clear he has the genes to go even further in his career.

He’ll be taking his talents to college football next season.

Had a great time in Ann Arbor! Thank you @JTBrown721 @JayHarbaugh and the rest of the staff for an amazing visit! #GoBlue 〽️ pic.twitter.com/zwi7MwAdBA

Tell me if this sounds familiar: Vinatieri with a game-winning FG in the closing seconds.
Adam Jr. gets it done for @ZCSeagles Zionsville in their 5A Regional win over Fort Wayne Bishop Dwenger. #clutch @IHSAA1
📺 @260sports pic.twitter.com/g6D6TvAlpA

AJ Vinatieri made the team at Zionsville High School (Zionsville, Ind.), but he was initially just being used as a punter. He worked his way into the placekicker position as his junior year went on, and he’s carved out a role with the Eagles.

In November 2020, Zionsville reached the Indiana state playoffs and faced off against their rival, Bishop Dwenger High School. With the game on the line, Vinatieri was called upon to clinch the game with a kick as time expired. Just like his dad, AJ rose to the occasion.

Vinatieri hit a 22-yard field goal to give Zionsville a victory in the regional championship. Eagles head coach Scott Turnquist gave his kicker praise after the game, and it’s clear that AJ will be a focal point of the special teams unit in 2021.

Due to his lineage, AJ Vinatieri has a great chance to excel as a college football player. Teams like Purdue, Florida and Cincinnati reached out to the class of 2022 recruit regarding his interest in their programs. He’s visited programs like Florida, Michigan and Virginia Tech, according to his Twitter account.

However, AJ settled on UMass. He posted a picture on social media on January 31, 2022, announcing his commitment. In the post, he called his dad his “biggest role model” and thanked him for making him the man he is.

Adam was right by his son’s side when he committed during a live stream;

While the idea of an NFL career is still a dream at this point, if Vinatieri shines at the college level, he could get plenty of opportunities to succeed at the professional level.

And he can tell everyone who he got his leg from.

This post was originally published on July 1, 2021. It’s been updated after AJ’s commitment.