I miss Jerry Rice. By the time I started understanding what football was, I'd just missed the star San Francisco 49ers wide receiver's prime years. It was in the late 1990s, however, that I began gravitating toward my favorite NFL players. Living in Pittsburgh, it was impossible not to love Steelers like Rod Woodson, Greg Lloyd and Kevin Greene, but something about Rice stuck with me. Watching him dominate, even late in his career, was like poetry in motion. He's arguably the greatest football player in NFL history, and there might never be another weapon to come along and break his records. But if there is a player to do it, it's Jerry Rice's son.

Simply put, that's quite the legacy to live up to for former Hamilton High School wide receiver Brenden Rice.

The former three-star recruit was ranked as the 10th-best player in Arizona for the 2020 recruiting cycle. Listed at 6-foot-2 and 204 pounds, he was almost the identical height and weight of his Pro Football Hall of Fame father in high school. Described as "physical off the line and a big target," Rice was a carbon copy of his dad.

After originally playing at the University of Colorado, the son of Jerry Rice has since entered the transfer portal, taking his talents to a major Power 5 program on the rise. 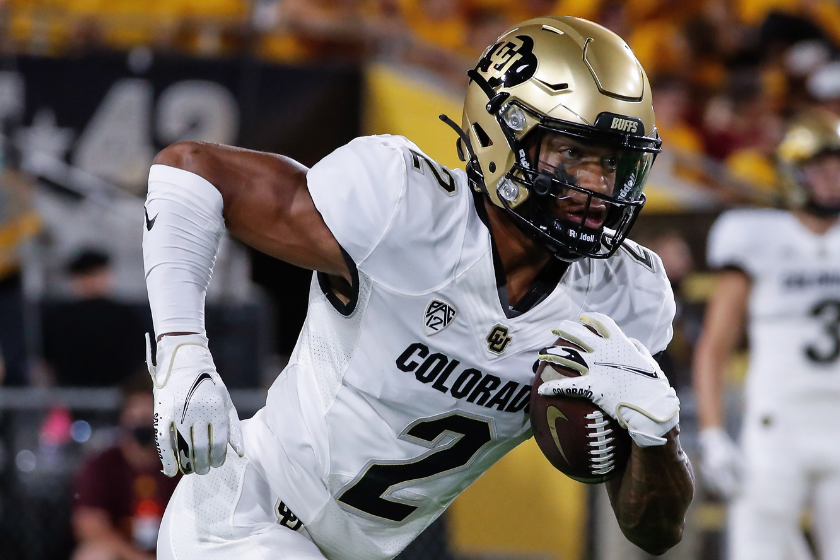 Four-star recruit Brenden Rice had numerous offers coming out of Hamilton High School in Chandler, Arizona, but the son of NFL royalty ultimately chose to attend the University of Colorado. In a college football landscape that has vastly changed since wide receiver Jerry Rice put on the pads for Mississippi Valley State University, Brenden had a plethora of Power 5 options to choose from.

The Under Armour All-American previously verbally committed to joining head coach Mel Tucker (who is now at Michigan State) and the Colorado Buffaloes football program in the Pac-12 Conference.

In two underwhelming seasons at Colorado, he caught 27 total passes for 419 yards and five touchdowns. He still has a lot of time left in his NCAA career to make waves and have a better career than his brother.

Jerry Rice Jr. was a walk-on wide receiver as a member of the UCLA Bruins, catching nine passes for 69 yards during the 2011-12 seasons. He transferred to UNLV for his final year of eligibility, where he caught 11 passes for 86 yards and his only career touchdown. After brief stints as an undrafted free agent with the Baltimore Ravens and Washington Redskins, Rice spent two years with the Montreal Alouettes in the CFL before leaving the game.

Before rewriting the NFL record book himself, Jerry Rice Sr. played college football for Mississippi Valley State University and became a first-round pick in the 1985 NFL Draft. After three Super Bowls, one Super Bowl MVP, an NFL MVP (1987), 13 Pro Bowl selections and 21 seasons playing for the 49ers, Oakland Raiders and Seattle Seahawks, the elder Rice entered both the NFL and College Football Hall of Fames.

For the next offspring of an esteemed Hall of Famer, becoming a great player has nothing to do with his genes. And despite a distant relationship with his biological father, Brenden Rice is motivated to build a legacy all his own.

"With the whole Rice name, and all that, I truly look at myself as another one like everybody else. I have to earn my status. Success is not inherited, it's earned so like, that's the motto I go by every day," Brenden Rice said in an interview with AZFamily.com. 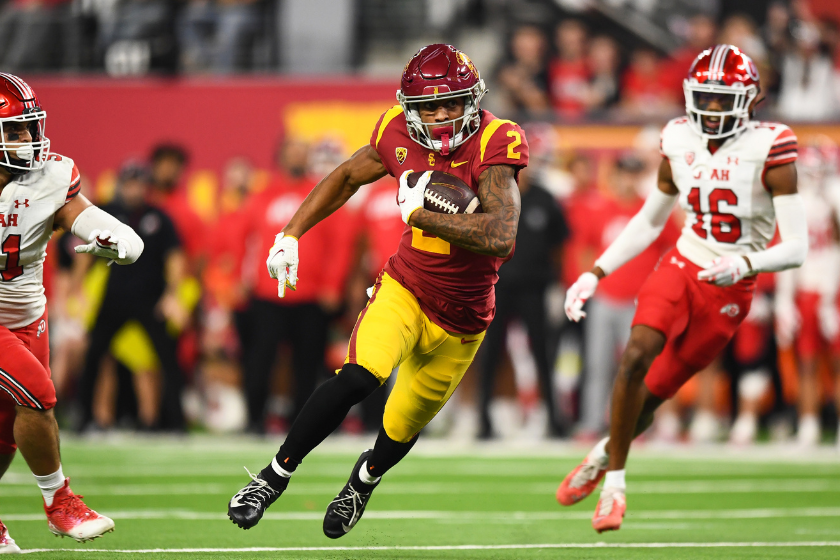 Brenden Rice took his talents out west, where his dad became a legend for the San Francisco 49ers. Playing for the new USC Trojans head coach Lincoln Riley during the 2022 season, Rice Jr., was behind Mario Williams and Jordan Addison on the depth chart, but he still was able to haul in over 600 yards on 38 receptions in his first season. After all, having the former Oklahoma Sooner and 2022 Heisman winner Caleb Williams as your quarterback is a big advantage.

However, despite a pit stop in the top four CFP rankings, USC fell short of the playoff spot thanks to two losses against the Utah Utes. We're sure those losses will be come bulletin board material for the Trojans this offseason as they look to become better than ever as they fight for the right to play on ESPN next New Year's Day.

With massive footsteps to follow in, WR Brenden Rice will never be the Hall of Fame talent his father was. There won't ever be another Jerry Rice. But there's no doubt football fans will feel nostalgic watching the son of an NFL great take the field in gold and cardinal.

This article was originally published June 5, 2019. It was updated with Brenden Rice's transfer decision.

MORE: Jerry Rice's Net Worth: How Rich is the NFL Legend Today?