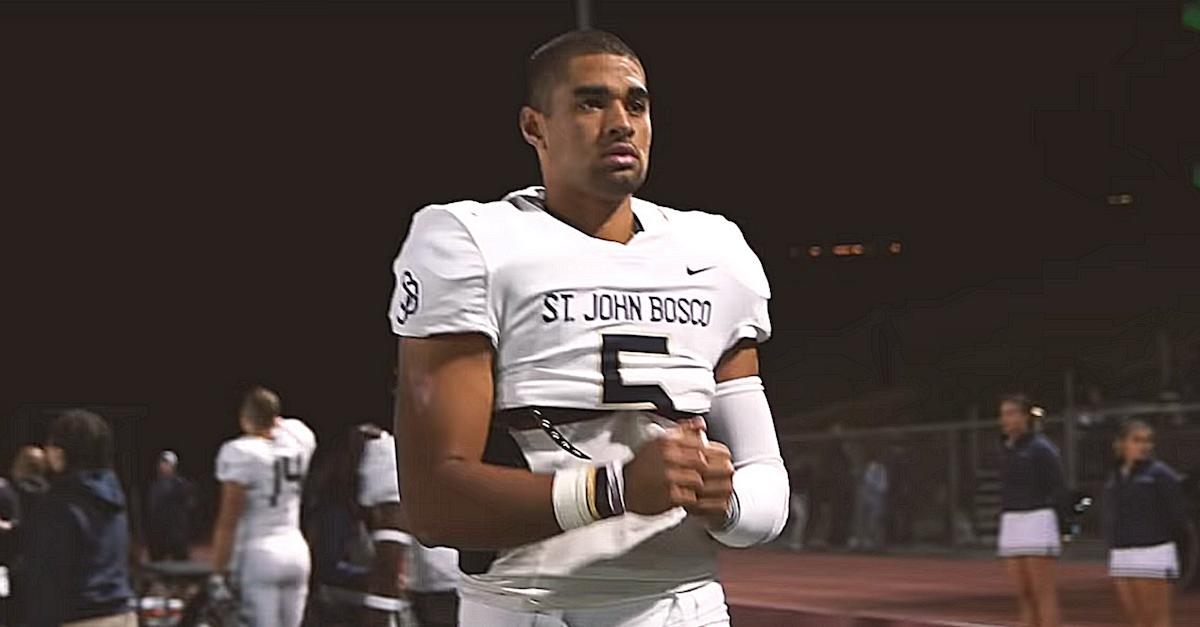 St. John Bosco Prep quarterback D.J. Uiagalelei is the toast of the 2020 high school recruiting class. The nation’s top-ranked, pro-style quarterback led his team to back-to-back top-3 rankings among all high school football programs in the country as a sophomore and junior, and finished as the No. 1 team in America as a senior. Long-time 247Sports recruiting reporter Greg Biggins compared this kid’s “generational” arm talent to Ben Roethlisberger who also has Cam Newton’s athleticism.

Uiagalelei’s commitment is one of the most important in the last few years, and we finally have our answer where the five-star quarterback will be heading before inevitably making the jump to the NFL Draft.

Uiagalelei used his personal Twitter account to hint at where he’d be going, and while Oregon and Mt. Sac were included in that final three, it always felt like Clemson University would likely be the landing spot. He affirmed those suspicions by releasing a two-minute video committing to the Clemson Tigers, a program fresh off another national championship and, somehow, still getting better.

This is all God’s work and God’s timing, I am blessed to say I AM 100% COMMITTED!!!!
Happy birthday Mom 💕#FiLaGaNgBuSiNeSS @manecoagency pic.twitter.com/QaU31Rfovt

The kid who received his first scholarship offer in the sixth grade finished his senior season by defeating De la Salle to capture the CIF State Championship that California powerhouse Mater Dei had stolen from him the last two seasons.

As a senior, Uiagalelei threw for 4,225 passing yards 48 touchdowns against only two interceptions. He also added on 412 rushing yards and eight scores on the ground for good measure.

USA Today’s All-USA Offensive Player of the Year is heading from Bellflower, California to South Carolina where he’ll have to spend his freshman season watching Trevor Lawrence at quarterback, but don’t expect him to stay hidden during the 2020 college football season.

He could also be selected in the first or second round of the 2020 MLB Draft, just in case you needed any more validation that he’s a superstar in the making.

Uiagalelei is all-in with Clemson football as head coach Dabo Swinney grabs yet another elite offensive talent from the other side of the country. Don’t expect the NCAA’s rising dynasty to slow down any time soon.

UPDATE (December 18, 2019): During December’s Early Signing Period, Uiagalelei made it official and signed his National Letter of Intent to join the ACC powerhouse for the 2020 college football season.